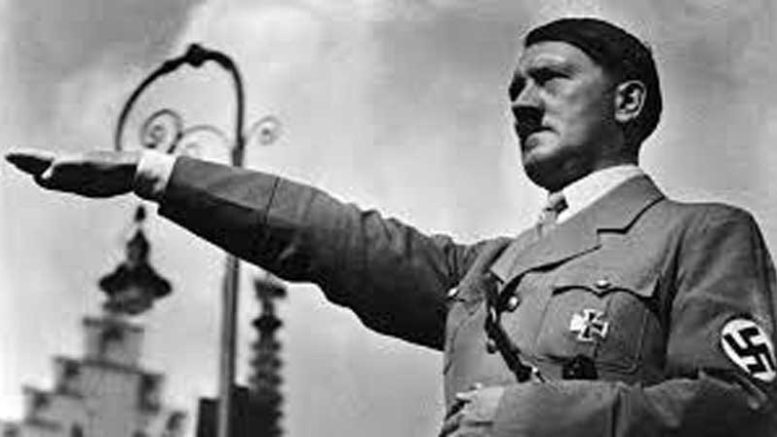 Like most dictators, Adolf Hitler was liked by a few but hated by many, including his own countrymen who had come to view him as an out-of-control maniac intent upon European and Russian domination. As a result, several assassination attempts were tried since the late 1930s. Hitler, ever suspicious of plots against him, increased his personal security, routinely altered schedules and became more evasive. In the end, he was a complete recluse, hiding in his Berlin bunker and eventually blowing his brains out with a 9-mm pistol.

He did to himself what many others unsuccessfully tried to do.

In the final year of World War II in Europe, the Nazi’s were in retreat on all fronts. The Russians were advancing on Germany from the east, and the Allied Forces, principally the United States, Britain and France, were closing in from the west. It was a pincer move designed to squeeze the remaining life out of the Wehrmacht (German military).

Several members of the German Officer Corps, realizing the war wasn’t going to end in Germany’s favor, previously attempted to persuade Hitler into negotiating a peace. Hitler wouldn’t hear of it, insisting the Third Reich would prevail and ultimately emerge victorious.

The Allied Forces successful D-Day invasion June 6, 1944, in Normandy, France, was the convincing event compelling the implementation of an assassination attempt on Hitler. The plot, intended to be carried out within an already existing emergency plan – Operation Valkyrie – was designed to continue government operations in case of civil disorder resulting from intensified Allied bombings or revolt by millions of slave laborers in German factories, prisons and farms. The conspiracy was primarily conceived by Army General Friedrich Olbricht, Major General Henning von Tresckow, Colonel General Ludwig Beck and Colonel Clause von Stauffenberg.

As mentioned, the original Operation Valkyrie planned to use the German Reserve Army to maintain military authority in case of a community or other civil upheavals. The Reserve Army had been commanded by Colonel General Friedrich Fromm since 1938 and only he or Hitler could approve Operation Valkyrie’s activation. Fromm’s lukewarm devotion to Hitler would later prove a pivotal factor in deciding the assassination’s success.

A failed previous assassination attempt on Hitler in March 1943, inspired Gen. Olbricht to believe the use of the Reserve Army could be advantageous to the new assassination plan being put together by the four officers. Code named “Valkyrie II,” it included the addition of quickly organized battle groups which could be pressed into service sooner than the cumbersome and bureaucratically awkward procedures of the original Valkyrie. If a successful coup d’etat was going to take place, it would be necessary to swiftly gain control of the military and civil government following Hitler’s death in order to prevent an armed counter response.

To assist in the coup, a subversive propaganda campaign would be conducted to inform the military and civilians of the sudden death of the Fuhrer (leader).   Radio broadcast announcements and press releases – intended to convince the people of the dastardly act by certain Nazi SS officials – would begin with the statement “The Fuhrer Adolph Hitler is dead!  A treacherous group of party leaders has attempted to exploit the situation by attacking our embattled soldiers from the rear to seize power for themselves.”

The plan also depended upon the cooperation of regular German soldiers and officers who would be tricked into believing the ruse. Loyal Wehrmacht and Reserve Army members, thinking Hitler had been killed by a treasonous gang of party traitors, would immediately move to gain control of civilian governments and important military positions.

However, in order for this to happen, declarations had to be issued from Gen. Fromm at Reserve Army Headquarters. Fromm wasn’t part of the conspiracy but probably knew of its existence. Still, he failed to report any suspicions he may have had to the Gestapo, the brutal thugs entrusted with enforcing Hitler’s mandates. This proved to be a serious mistake.

Since Gen. Fromm would not participate in the coup, another way had to be devised to activate the Reserve Army without Fromm becoming aware. This responsibility fell to Col. Claus von Stauffenberg, who was Chief of Staff of the Reserve Army. His position also granted him access to Hitler to deliver and receive administrative reports and attend various meetings in the presence of the Fuhrer.

The plan was in place except for one important detail; who would actually carry out the assassination?  Several officers volunteered but either backed down or couldn’t gain access to Hitler’s headquarters. Col. Stauffenberg could, and as a result, he decided to carry out the murder in addition to helping activate Operation Valkyrie.

Around noon on July 20, 1944 (73 years ago), Stauffenberg walked a briefcase bomb into Hitler’s headquarters – called the Wolf’s Lair – and placed it beneath a conference table where the Fuhrer was conducting a meeting with numerous officers and staff. Stauffenberg excused himself, claiming he had to make an important phone call. Instead, he hurried back to Berlin to participate in other planned phases of the operation, presuming by the time he arrived Hitler would be dead.

The bomb exploded at 12:42 p.m., killing one officer immediately and mortally wounding three others. However, it didn’t kill Hitler, primarily because of Hitler’s distant proximity to the device and the heavy conference table deflected much of the blast. He was wounded but recovered; giving an additional boost to his ego that he was invincible. A fact he made apparent to Italian strongman Benito Mussolini who visited later that same afternoon.

With no actual confirmation of Hitler’s death, the coup began to unravel. Gen. Fromm, realizing association with anyone involved in the assassination attempt could be a mortal error, turned on the conspirators and had Stauffenberg and Olbricht arrested. The two were executed by firing squad the next day.

Other arrests and executions, or forced suicides, soon followed. Between August 1944 and April 1945, about 90 co-conspirators, including Gen. Fromm, were executed at the Plotzensee Prison. The prison, located in Berlin, was constructed in 1879 and was one of the main detention and execution facilities of the Nazis, excluding the concentration/death camps. Approximately 3,000 anti-Nazi inmates were killed here during the Hitler era.

Hitler still wasn’t satisfied. It is estimated nearly 5,000 Germans, including family members of the conspirators, were also slaughtered. Believing the more prominent participants in the coup should die a special death, Hitler had them hung with piano wire from meat-hooks until they eventually died from organ failure and/or bled to death – a slow and agonizing demise.

The grisly spectacle was filmed and later shown to officials of both the Nazi Party and armed forces as a demonstration of what to expect if anyone was contemplating a similar scheme against the Fuhrer.

Fortunately, Hitler’s retribution was short lived. The American, British and French military forces were approaching a bombed-out Berlin, as was the Russian Red Army. Realizing the war was nearly over, Hitler withdrew to the security of his underground bunker and placed a pistol to his head while his new wife, Eva Braun, swallowed a couple cyanide capsules.

Their bodies were burned by bunker staff. The reign of terror perpetrated by one of the world’s most evil individuals had come to an end, but not before 12 million people had perished.