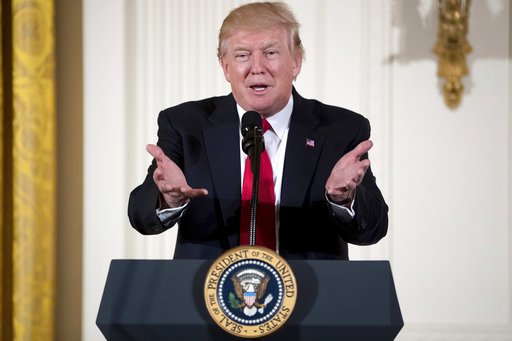 Anyone remotely interested in the minute-by-minute press coverage of President Donald Trump has probably recognized an exhibition of anger and contempt not previously displayed towards a newly-elected chief executive. Actually, the animosity began during the 2016 campaign and noticeably ratcheted up following Hillary Clinton’s loss.

Read practically any major news publication, syndicated opinion columnist, or listen to most television and radio commentaries and it becomes instantly apparent Trump bashing has become the new national pastime.   It doesn’t seem to matter what the topic is or if the president actually has a viewpoint on it, media pundits immediately denounce Trump’s involvement or lack thereof. The profusion of congressional hearings, investigations and never-ending accusations – true or otherwise – is evidence of the left’s absolute loathing of the man.

Liberals haven’t accepted the fact Clinton lost and Trump won. That’s the whole basis for their hatred toward the president.  They were so confident she would continue the leftist policies of President Barack Obama that when she failed to garner enough electoral votes to secure the job, Democrats suffered a major meltdown from which they haven’t recovered. As a result, they’ve hardened their resolve to harass or remove the president by any means possible.

Only now, their motives are glaringly obvious and their methods are becoming increasingly violent.   The attempted assassination of several Republication Congressmen at a baseball practice by a left-leaning Bernie Sanders loon is evidence of this. We’ve reached a point where political discourse has become deadly.

The bias has reached such a feverish excitement that even Harvard University – not known as a bastion of conservatism – has recently released a new study showing media negativity against the president was significantly more intense in his first 100 days than during the same time period of three previous administrations.

Golly, ya think? To hear the mainstream media’s methodical rants, Trump is responsible for practically all the discomforts of America for the past several hundred years, including irritable bowel syndrome, dirty air and water, polar bears floundering for lack of arctic ice and maybe even International Space Station mechanical glitches. I wouldn’t be surprised if we soon learned the British burning of the White House in 1812 was, somehow, retroactively connected to his daily tweets. 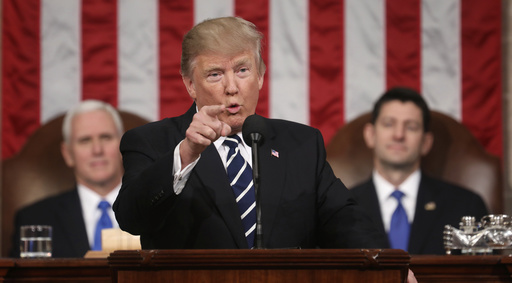 Democratic liberals – with the assistance of disgruntled Republicans – have gone off the rails in their efforts to discredit the president. With unparalleled “resistance,” Trump has had continued difficulty in completing cabinet appointees and filling other important jobs. Presently, cries for his impeachment are routinely tossed around, irrespective of the fact no acts of wrong doing have actually been uncovered and no investigations have been completed indicating he was involved in any kind of improper conduct.

Since no factual evidence has been discovered requiring his removal from office, the continued investigations are becoming redundant.  It’s asinine; an investigation to investigate an investigation which, after many months, hasn’t produced any illegalities. I guess this stupidity could go on forever until eventually some bad doing is discovered.

There’s an old lawyer saying, “Give me a name and I can find a crime,” which seems to be the driving energy behind the perpetual dog-and-pony show that has become  known as “Trump Derangement Syndrome.”

If removing the president from office is the ultimate goal of the left, and it seems to be, then it might be a good idea to produce sufficient evidence, corroborated by facts and witnesses, to substantiate the necessity of bringing forth Articles of Impeachment. Just wishing for it and verbally demanding it isn’t adequate, anymore than the media’s routine accusations that Trump isn’t “qualified” to be president.

Here’s a hint to those who’ve taken the left’s bait; Trump was elected president and that’s the only qualification he needs since, obviously, he’s a United States-born citizen over 35 years of age. 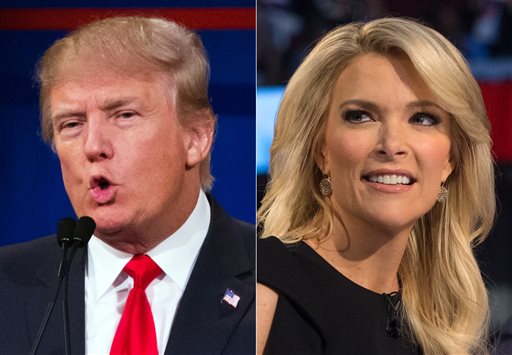 Still, the enmity and outright lies against the president persist.  Recently, three CNN journalists, including a Pulitzer Prize winner, were compelled to resign after it was revealed they fabricated phony stories regarding an aide to President Trump, who was involved in a Russian investment firm.  The reports were totally untrue, forcing CNN to admit “In the aftermath of the retraction of a story published on CNN.com., CNN has accepted the resignations of the employees involved in the story’s publication.”

This kind of stuff goes on all the time in the mainstream media, which is probably why researchers at Harvard University based their study upon seven major U.S. news outlets; CNN, NBC, CBS, New York Times, Washington Post, Wall Street Journal and Fox News, and three European news organizations, the British Broadcasting Company (BBC), the Financial Times and German public broadcaster ARD.

Everyone of these news companies reported negative stories and statements directed against President Trump. The negativity ranged from a high of 98 percent of total stories reported (ARD), to a low of 52 percent (Fox News), indicating Fox was also biased but not as much. In order of negative reporting against Trump, CNN and NBC scored 93 percent, CBS – 91 percent, New York Times – 87 percent, Washington Post – 83 percent, Wall Street Journal – 70 percent, Financial Times – 84 percent, and BBC – 74 percent.

Of selected topics – the economy, immigration, healthcare, Russia and Syria – approximately 85 percent were reported negatively. Trump’s views on the economy were more evenly balanced, but he still received a 54 percent negative score. Only his 80 percent positive score for the missile strike on Syria was his single plus-rated achievement.

Noticeably absent from the survey was any mention of the nation’s $20 trillion debt load and how Trump intends to deal with it.  While many liberals and conservatives agree it is the 900 pound gorilla in the room, no one likes to talk about it, instead redirecting their attention to less serious issues.

Keep in mind, these figures are not compiled from viewer and readership discontent, but are reflective of editorial and business policies of the individual news organizations. In turn, these opinions are regularly exposed to the public, reflecting a false or distorted narrative of the actual news event.

Such antics used to be called propaganda.  Now, it passes as journalism.

Throughout his campaign and to this day President Trump has complained of media mistreatment and “fake news” reporting. If Harvard University’s research is correct, it would appear he has a valid argument.