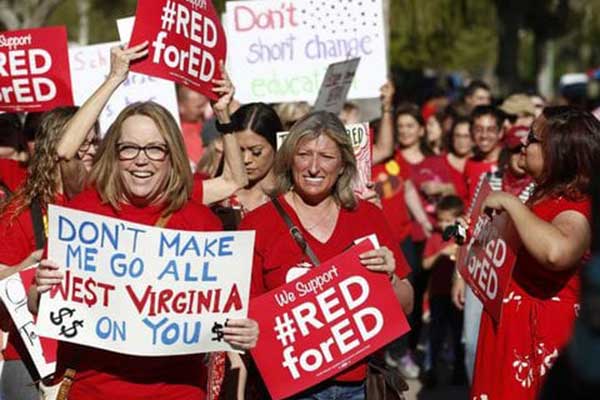 Phoenix, Ariz. – For the fifth consecutive year, Arizona School Personnel Administrators Association (ASPAA) survey results confirm the continued teacher shortage in Arizona. The data indicates about 21% of teacher vacancies across the state this year remain unfilled, and almost half the vacancies are filled by teachers who do not meet the state’s certification requirements. ASPAA says these results reinforce the need to increase funding for public education. Arizona teacher pay remains one of the lowest in the country, even with the recent education budget increase.

A press release from the ASPAA said, “The severity of the teacher shortage must be addressed. Arizona’s leaders must make a collective effort to ensure the recruitment and retention of effective teachers through increased funding. Highly educated and skilled work force are cornerstones to a growing and thriving economy.”

ASPAA  surveyed 150 school districts and charter schools, which reported 1,443 teaching slots remained open on Aug. 30, just a few weeks into the school year. In 2018, that number was more than 1,547.

Following his 2017 State of the State address, in which Governor Doug Ducey put forth multiple action items to tackle the state’s teacher shortage, he called on the Arizona Board of Regents and our public universities and community colleges to create a plan that ensures the next generation of Arizona public school teachers. The result was the formation of the Arizona Teachers Academy. The state’s three public universities along with our state’s community colleges are offering new and expanded programs and incentives to increase the recruitment and retention of Arizona’s topflight teachers.

According to the governor’s Office of Education, “Graduates of the Arizona Teachers Academy who agree to teach in Arizona will have their tuition and fees waived in exchange for a commitment to teach in an Arizona public school. The Arizona Teachers Academy ensures that the best and brightest students arrive in the classroom prepared to teach and unburdened by educational debt.”

In September of 2018 Eastern Arizona College announced it had partnered with ASU and NAU to offer Teachers Academy.