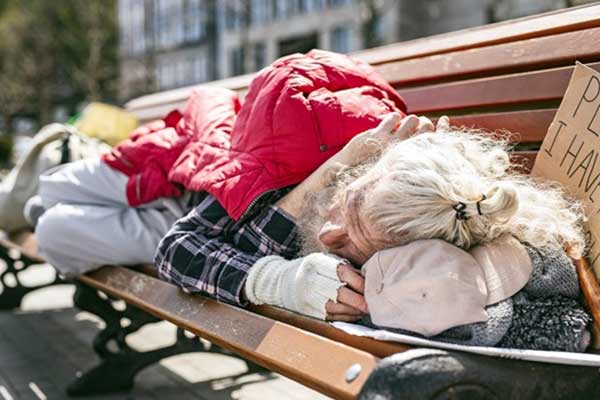 – Being homeless can be difficult for anyone, but social-service agencies say it’s particularly daunting for a growing number of older Arizonans.

These agencies say about one-third of people seeking shelter or other assistance are age 55 or older, and while there are numerous reasons for seniors becoming homeless, the biggest factor is being priced out of Arizona’s tight housing market.

“We might need to look at how easy it is to evict somebody,” she said. “So, is there a public policy need? Are there some types of resources that we could tap, and make sure that people who are managing property are aware that there could be some emergency services?”

Other senior concerns are running out of money, facing a serious illness or disability, or losing family support. Kennedy said the majority of seniors seeking assistance say they are homeless for the first time in their lives.

Wendy Johnson, executive director of the JUSTA Center, a seniors-only facility in Phoenix with temporary housing and services to help people rebuild their lives, said the center assisted about 250 seniors in 2015 but is on track to help almost 1,200 this year. Still, it’s tough to increase capacity.

“Universally in the country, there is not enough affordable housing,” she said. “The second is, there isn’t enough shelter beds, and every time a shelter tries to expand their beds, people fight it.”

“We were at the Legislature last session and we had the support of leadership to provide funding for a special appropriation to build a senior-only shelter, and it wasn’t supported by some folks, even though we had the leadership supporting it,” she said. “We’re going to go back this year.”

Studies show most homeless seniors are in the state’s urban areas, such as Flagstaff, metro Phoenix and Tucson, but growing numbers are in rural areas, with access to far fewer resources.