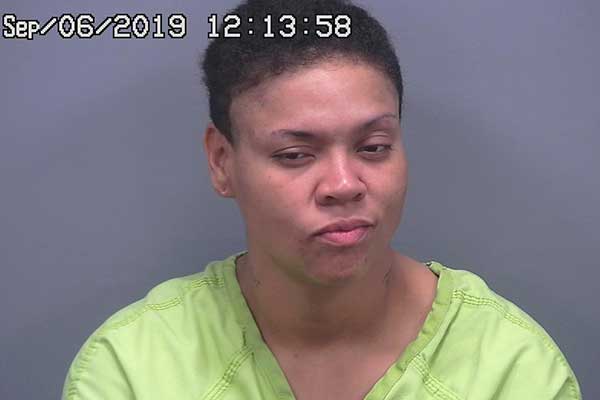 SAFFORD – On Friday, September 6 at approximately 10:15 a.m. authorities received a call for service from the victims of a cell phone theft. The victims had tracked the stolen phone by GPS to a residence in Safford. Three officers arrived at the residence to assist. The officers made contact with the owner of the home and learned that a woman, identified as Darlene Smith, was in the house. The responding officers were aware that Smith had a felony warrant for her arrest for misconduct involving weapons. They confirmed the warrant with dispatch.

Officers knocked on the door of the residence and ordered Smith to come out. When they received no response, an officer used the PA system in his vehicle and ordered Smith to come out of the residence. She finally complied and opened the door. According to the police report Smith was hiding an open box cutter behind the door and was ordered to drop the weapon at gun point. Smith hesitated briefly before dropping the knife. She was taken into custody and surrendered the stolen cell phone to one of the officers on the scene.

Upon arrival at the jail, one of the officers interviewed Smith about the stolen cell phone. Smith said that she had taken it out of the victims purse. She said that she believed the phone actually belonged to a male acquaintance that she only knows by his first name.