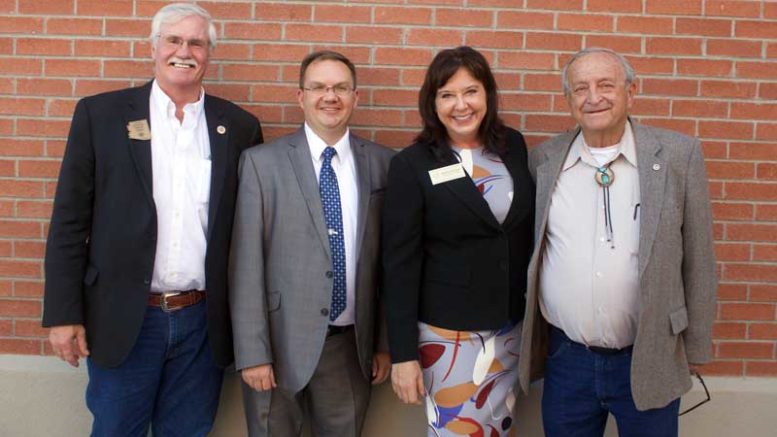 THATCHER – Arizona Secretary of State Michele Reagan visited the Gila Valley on Friday and touted the move toward pushing everything online.

Reagan, who is the de facto lieutenant governor since Arizona doesn’t have one, began her day in Graham County with a meeting at Eastern Arizona College (EAC) before being the guest at the Graham County Republican Party’s luncheon meeting and then heading back to EAC to speak to small business owners. Gila Valley’s own Rep. Drew John, R-LD-14, was also on hand with Reagan. 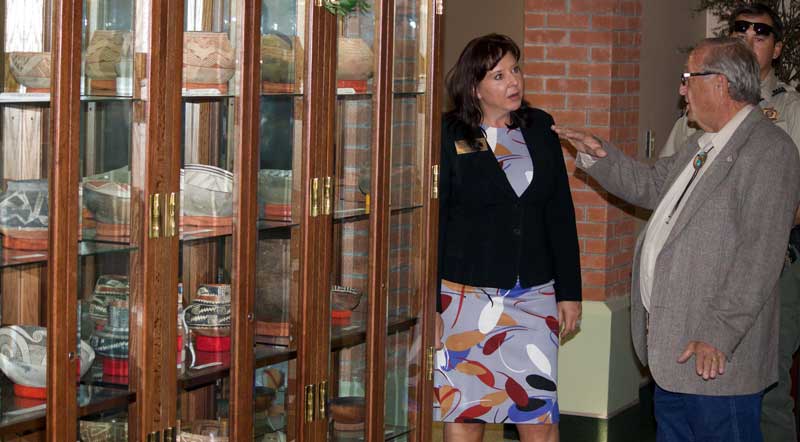 EAC Small Business Development Center Director Kevin Peck was responsible, along with the Graham County Chamber of Commerce, in getting Reagan to speak with the local business owners.

“She’s a very hands-on, very business-minded Secretary of State,” Peck said. “She has a can-do attitude that is very infectious. I think any time out business owners can spend time with her, they can find out how many times our government gets a bad rap (for) standing in the way of business success. She’s an example of one who is really trying to make it easier for small businesses.” 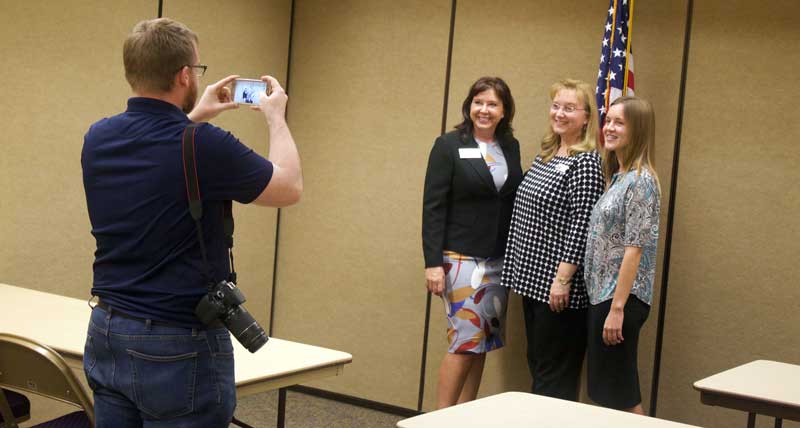 Jon Johnson Photo/Gila Valley Central: Arizona Secretary of State Michele Reagan poses for a picture after her presentation as her staffer, Chris Kelly, helps out by taking the shot.

Reagan said her office didn’t even accept credit cards before she came aboard and now she is striving to complete putting everything able to be done online, which she said would be finished next year. 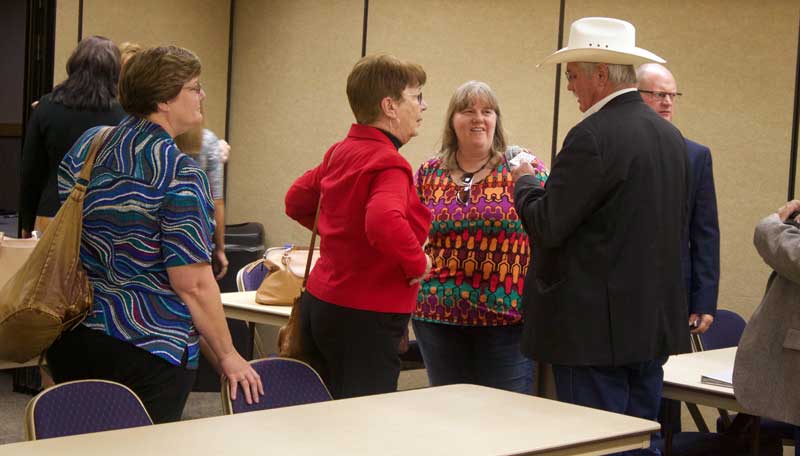 Jon Johnson Photo/Gila Valley Central: The group of business owners mingles with Reagan and Rep. Drew John after the presentation.

Additionally, Reagan said the general public could get any newspaper or magazine online for free at the Secretary of State’s website. That means one does not have to subscribe, or pay or suffer through a survey to read the news from any periodical in the state, according to Reagan. We at Gila Valley Central feel the same way, which is why we choose to be completely ad-supported and do not require subscriptions or force readers to take an online survey either. 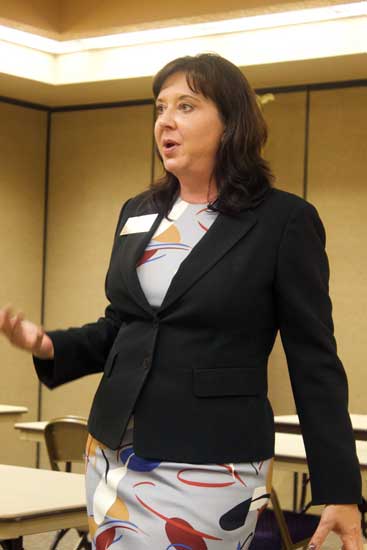 “We’re the state library, so one of the things is they get everything every day,” Reagan said. “We have subscriptions to everything and it all goes online on the website. It’s an incredible resource. I didn’t know that. I canceled my subscription to People. I’ll read about J-Lo online.”

Reagan told Gila Valley Central that it is necessary for the archaic old ways of doing business and receiving information be updated toward more online to move forward and keep the next generation in the loop.

“It’s vital for our democracy to remain healthy because as the older generation – the baby boomers – are leaving us, there are not people replacing them,” Reagan said. “We see it in voting numbers. What voting numbers really is – it is really indicative of (the) community.”