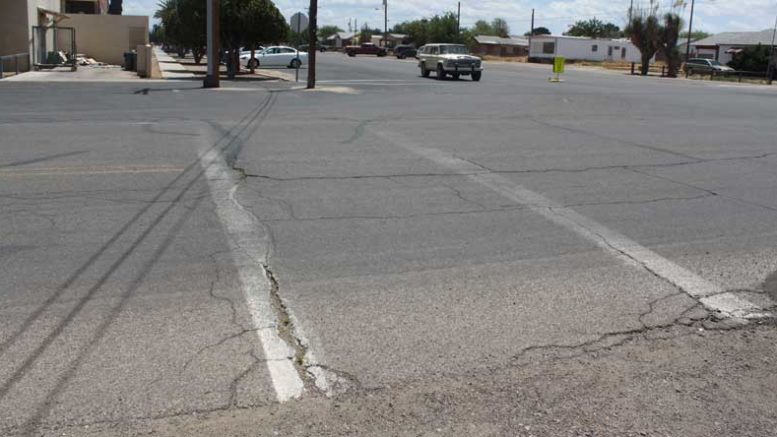 Jon Johnson Photo/Gila Valley Central: This is the crosswalk where Max and Nathalene Green were struck by Rudy Sanchez, who was driving his van with its lights off while impaired.

SAFFORD – Max Green, 85, and his wife, Nathalene, had just finished enjoying the annual Pima Heritage Days dinner at the Pima School District cafeteria and were on their way back to their car at about 7:20 p.m. when tragedy hit. A drunk driver, operating a 1994 Chevrolet van without its lights on, plowed into the couple as they were in a crosswalk at the intersection of Main Street and 200 South. 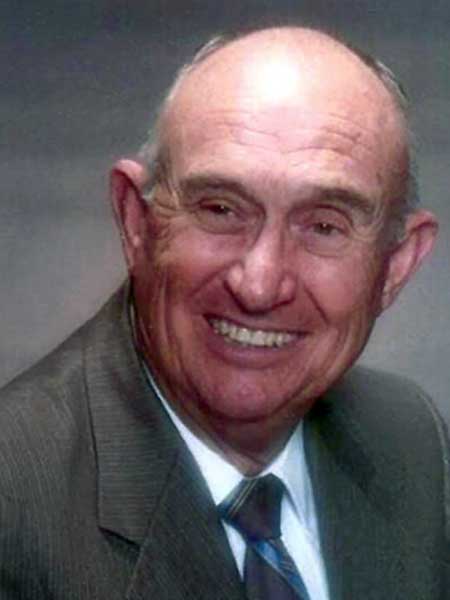 Max Green died from pneumonia he contracted while on a ventilator at a Tucson hospital after being struck by a drunk driver.

Rudy Sanchez’s choices on the fateful night of April 22, 2016 caused the death of Max Green, who suffered multiple broken bones, as well as a fractured neck. Max and Nathalene were both transported to Mt. Graham Regional Medical Center for treatment. Max was then flown to Banner-University Medical Center Tucson, where he was hooked to a ventilator due to his neck injury. While on the ventilator, Max caught pneumonia and died, which led Graham County Medial Examiner Bart Carter to conclude that Max died due to complications that arose from the initial collision. However, the doctor who signed Max’s death certificate did not see it the same way and listed his death as due to natural causes.

According to Pima Police reports, Sanchez, now 69, was driving southbound on Main Street in his Chevrolet van without his lights on at the time of the collision. Sanchez allegedly admitted to drinking beer while driving and that he had taken a friend – his front seat passenger – to the Dollar General to purchase beer and cigarettes. The passenger, who initially fled the scene because he was “scared” and had “defecated in his pants”, ultimately told police he knew Sanchez was drunk and repeatedly warned him about the pedestrian traffic. The passenger said numerous pedestrians had exited the cafeteria and that he told Sanchez to stop three times before Sanchez struck the Greens. Sanchez was found to have an open can of beer in his van at the time of the crash and later allegedly admitted he was drinking from the can prior to the collision. 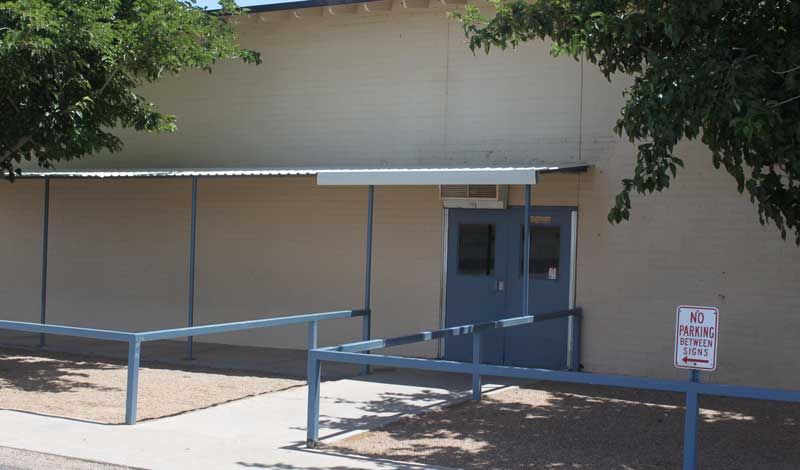 Jon Johnson Photo/Gila Valley Central: The Greens had just left a dinner for Pima Heritage Days at the Pima cafeteria when they were struck while crossing the street in the crosswalk.

Subsequent blood testing by the Arizona Department of Public Safety’s Southern Regional Crime Laboratory showed Sanchez to have a blood/alcohol level of .043 as well as a metabolite of marijuana in his blood. The rate is not high enough for a standard DUI charge, but is enough for a DUI in the slightest degree charge. Sanchez has a previous DUI arrest from May 21, 1989 in Albuquerque, New Mexico. 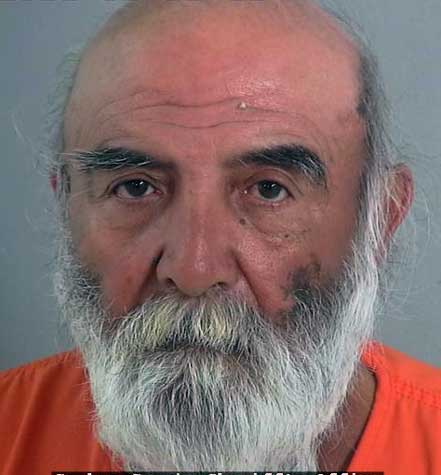 Contributed Photo/Courtesy GCSO: Rudy Sanchez was initially charged with negligent homicide but with the official death certificate listing death from natural causes that charge was dropped.

Sanchez was initially charged with negligent homicide as well as multiple charges of aggravated assault, endangerment, DUI and open container of liquor in vehicle in Pima Justice Court. The complaint was dismissed March 20 by the town prosecutor, however, and refiled in Graham County Superior Court on March 22, only this time there was no charge of negligent homicide. While Dr. Carter, who is a relative of Max Green, listed the crash as contributing to the death, since the official death certificate listed the death as due to natural causes it was not possible to charge Sanchez with homicide. Efforts made to have the doctor reclassify the death certificate were not fruitful.

On April 11, Sanchez signed a plea agreement and pleaded guilty to two charges of aggravated assault – Class-3 felonies – endangerment – a Class-6 felony – and DUI to the slightest degree – a Class-1 misdemeanor.

According to the plea agreement, Sanchez will spend 10 years on probation for the two assault charges and shall not operate a motor vehicle or consume alcohol or recreational drugs while on probation. The plea also stipulates Sanchez’s sentence on the DUI charge to be 10 days in jail with nine suspended upon completion of a substance abuse screening. The only sentence left up to the judge will be whether or not to incarcerate Sanchez on the endangerment charge. If the judge does not send Sanchez to jail or prison on the charge, the plea agreement stipulates Sanchez to be given three years of probation to be served at the same time as the probation he will already be serving on the aggravated assault charges. Additionally, the presumptive incarceration sentence for endangerment is one year, with the maximum at 1.5 years and an aggravated term at 2 years, while a minimum term is half a year and a mitigated minimum is just slightly more than one-third of a year.

That means that for causing the death of Max Green, Sanchez could spend just one day in jail. He is scheduled to be sentenced in Graham County Superior Court on Monday, from 1:30 – 3:30 p.m.