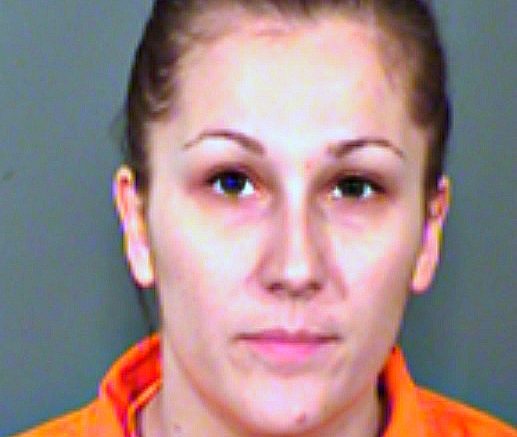 COCHISE COUNTY – The woman caught last November trying to smuggle 120 pounds of pot from Douglas to the Gila Valley has been sentenced for her participation in the crime.

Steevi  Lynn Boerner, 28, of Safford, was allegedly driving the vehicle with her accomplice, hairdresser Andrew Allen Hewitt, 35, of Safford, when they were pulled over for a traffic violation and found to have 120 pounds of illegal marijuana in their possession. Boerner and Hewitt were arrested Nov. 16, 2016.

Boerner’s passenger in the car,Hewitt, was previously sentenced to serve 6 years in prison. He was initially arrested Nov. 16, 2016 for transportation of marijuana for sale and possession of a dangerous drug (methamphetamine).

Hewitt went through Cochise County’s expedited court system and took a plea agreement Nov. 22, 2016. He was then sentenced and transferred to an Arizona State prison. While his maximum sentence allows him to be held until Nov. 7, 2022, he is eligible for early parole and be released after serving 85 percent of his sentence in September, 2021.