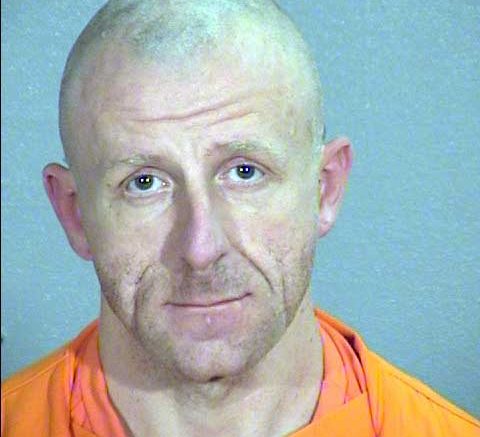 Andrew Hewitt, 35, was sentenced in Cochise County to spend the next six years in prison for his role in the attempted transportation of 120 pounds of pot.

Cochise County – The Safford man caught trying to smuggle 120 pounds of marijuana from Douglas back to the Safford area won’t be driving anytime soon.

Andrew Allen Hewitt, 35, was sentenced to serve six years in prison for attempting to transport 120 pounds of marijuana. He was initially arrested Nov. 16 for transportation of marijuana for sale and possession of a dangerous drug (methamphetamine) after the car he was in was pulled over by the Arizona Department of Public Safety for a traffic violation.

Hewitt went through Cochise County’s expedited court system and agreed to a plea agreement Nov. 22. He was then sentenced and transferred to an Arizona State prison. While his maximum sentence allows him to be held until Nov. 7, 2022, he will more likely be released after serving 85 percent of his sentence and be eligible for parole by September, 2021.

She apparently refused a plea agreement in the expedited court system and is still is awaiting a preliminary hearing. In a preliminary hearing, attorneys may argue whether there is enough evidence to merit the case moving forward and being bound over to superior court.

Boerner also has a current case in Graham County regarding assault and disorderly conduct charges.

Hewitt is no stranger to the prison system, and even served as a barber/beautician while in prison between March, 2012 and July, 2012.

The most recent incident involving Hewitt in Graham County occurred March 16, when a man overdosed on heroin in Hewitt’s home. According to the police report, emergency personnel arrived to see the overdosed individual in cardiac arrest. After medical personnel transported the overdosed individual, authorities arrived with a search warrant for Hewitt’s residence. The search warrant resulted in the arrest of all the individuals in the home, and Hewitt was given multiple charges, including possession of a dangerous drug (methamphetamine), and possession of drug paraphernalia.