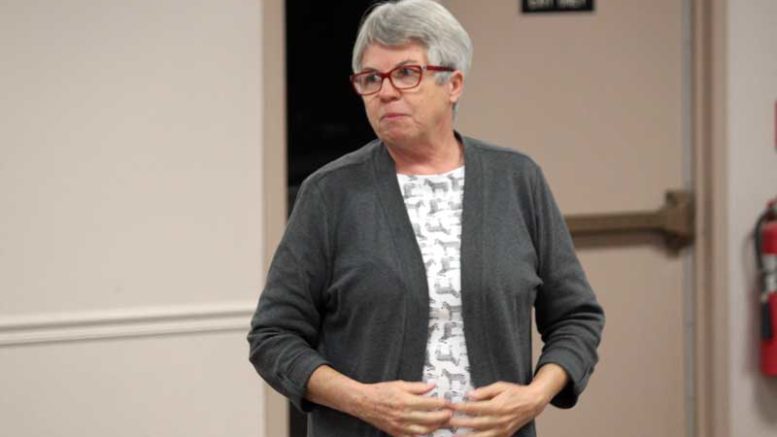 SAFFORD – The city of Safford was supposed to collect suggestions for possible uses of this year’s Community Development Block Grant (CDBG) funds, but poor advertising led to practically nobody in the audience being prepared to submit a suggestion at the public hearing held Monday, Jan. 8.

Bonnie Williams, Southeastern Arizona Governments Organization (SEAGO) program manager for CDBG funds, gave a presentation to the council and the public on how the funds can be used, but when she asked for suggestions from the crowd crickets could be heard chirping in Solomon. This year, the expected amount is roughly $220,000.

The four government entities in Graham County, the county, Safford, and the towns of Thatcher and Pima, all take turns receiving CDBG funds, meaning they each receive the funds every four years. Past projects include building the Pima Police Department and Pima Library improvements, as well as energy efficient improvements to Safford buildings and sidewalk improvements among other things. 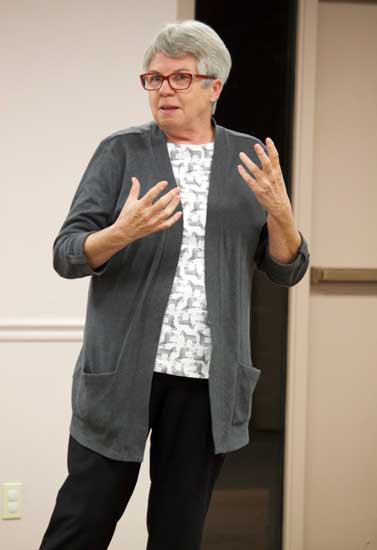 The funds are distributed to Arizona through the Department of Housing and Urban Development, and, in the case of rural areas such as Graham County, the money is distributed to the local area’s Council of Governors (COG). SEAGO is the COG that represents southeastern Arizona. It takes a nominal fee of about $3,000 for travel and administrative costs and then assists the local governments with what projects will be available to use the funds.

While there was little response from the audience, there was one person who appeared to actually come to the meeting for the purpose of submitting a suggestion. Greg St. Hilaire, who runs CHAPS Ministries, operates three separate homeless shelters and suggested using the funds to assist the shelters.

Royce Hunt of Southeastern Arizona Community Unique Services (SEACUS) was at the meeting to accept a check for the United Way of Graham & Greenlee Counties. She suggested the funds be used to improve the sidewalk and crossing areas along elderly residences off 20th Avenue so they could better access the hospital and shopping by foot or motorized assisted vehicles. Those were the only suggestions from the public.

The Safford City Council seemed unprepared to provide any suggestions as well and appeared to just become informed as to what type of projects they could do by Williams’ presentation.

According to Williams, projects must benefit low-income persons or areas.

Williams added that projects must be used to meet three national objectives, it must benefit at least 51 percent of low to moderate income people, prevent and eliminate slum and blight conditions, and meet an urgent need related to health and safety issues. Additionally, the funds must be used for a single project and cannot be split up, but it can be used as a match for a bigger project that utilizes other grant money.

City Engineer Randy Petty was prepared with a list of projects for the council to peruse as this was scheduled to be the only night projects would be submitted to be considered due to the process having to move forward.

In the end, the council decided to hold another public hearing Jan. 22 to be able to put more options up for consideration before moving forward with the process. After the options are gathered, they are then paired down to what are actually viable projects, and those are then sent back to SEAGO, which moves forward with the process. Petty said the city needs to be settled on its suggestion as soon as possible because it needs to then go through a process to make sure the selected project is in compliance, including possibly having to do a census to make sure the area affected includes a majority of low to moderate-income people. SEAGO’s deadline to submit the projects to receive the money for the city is July 1.