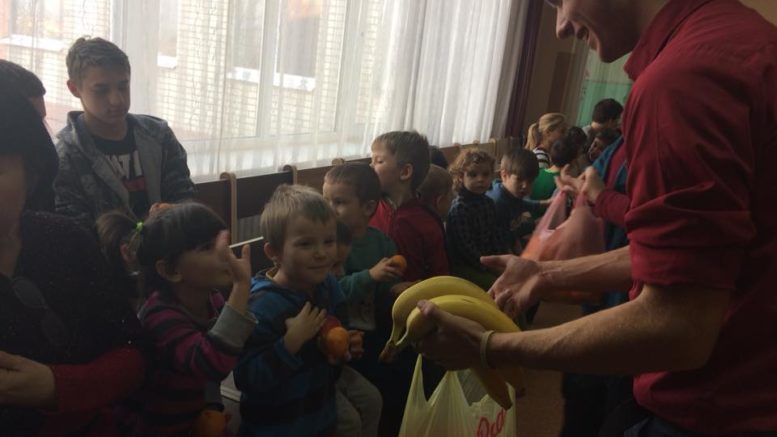 SAFFORD – After sharing the magic with the children of Ukraine, Samuel Siminoe is back in Arizona.

Working with Dennis Sawyer, who orchestrates the Foreign Angels Youth Group, Siminoe, 17, of Safford, left for Ukraine on Dec. 26, 2017. With only the illusionist props that fit into a single piece of baggage, Siminoe traveled the country to perform illusions in orphanages and mental asylums. Gila Valley Central interviewed Siminoe the day after he landed, and Siminoe said that of all the amazing, strange, and sometimes heartbreaking things that he saw, the biggest realization for him was how lucky individuals in Gila Valley are.

“It’s different. Everybody here is so lucky. You don’t get to experience that until you see it for yourself,” Siminoe said. “We gave apples and different kinds of fruit to these kids and they were so happy over a banana. They’d get so happy and say “Dyakuyu” which is thank you a thousand times.” 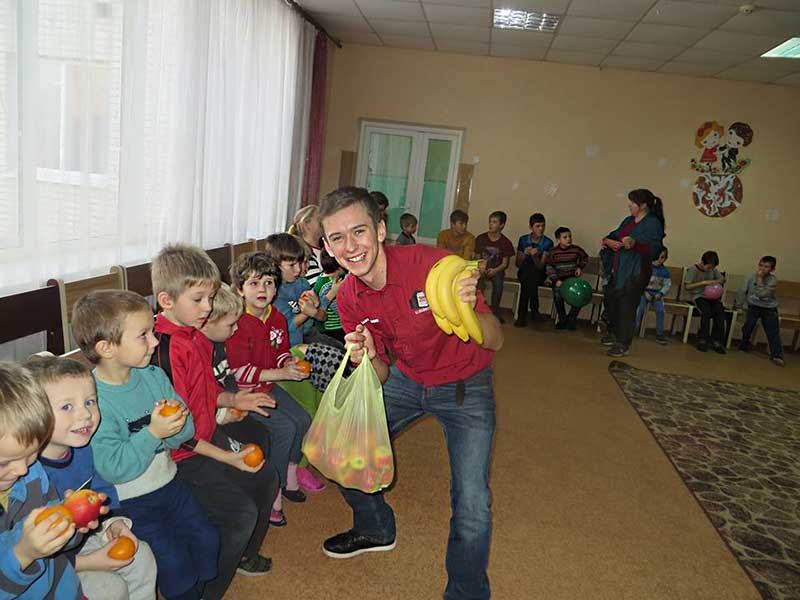 As Siminoe traveled from orphanage to orphanage across the country, he was amazed by how different the social norms were. The orphanages ranged in diversity from homes for severely abused children, to mental institutions for individuals deemed to be wards of the state. However, Siminoe first recounted a story of the Birthday Program, in which the Foreign Angel Charity brings toys to children on their birthday. Siminoe said one little boy who was in the Birthday Program had been taken away from his parents and had been abused so horrendously that he refused to speak.

“They brought in this kid. He was maybe 4 or 5 years old. Our interpreter keeps trying to speak to him and he just kept shaking his head no. Well, we find out his parents never taught him to speak and every time he would make a noise or cry they would hit him. He was definitely abused, but he didn’t like to make a noise at all,” Siminoe said.

After giving the child his birthday presents, Siminoe noticed that the 5-year-old kept reaching down and grabbing his feet. When Siminoe looked harder, he figured out that the little boy’s shoes were at least two sizes too small. The next day, Siminoe returned to the orphanage and gave the little boy shoes that fit him properly. 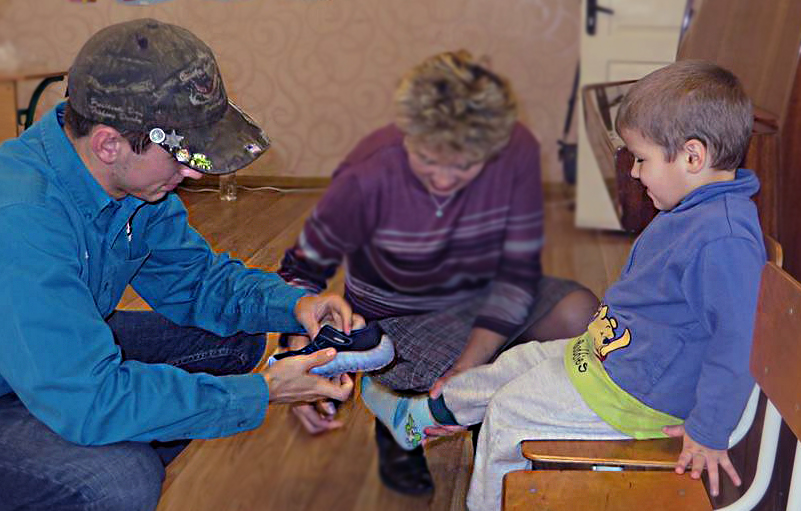 Contributed Photo/Courtesy Dennis Sawyer: Samuel Siminoe gives a pair of shoes to a little boy in a Ukrainian orphanage who is unable to speak.

“He was happier with his shoes than he was with his toys. And he got all teary-eyed and I opened up my arms to hug him and he flinched,” Siminoe said. “But the Birthday Program does so much for those kids. And I actually got to be a part of that.”

Through the heartbreak and many tearful goodbyes, Siminoe told Gila Valley Central that he found magic to be capable of crossing every language barrier.

“We did have some good experiences. One thing I did learn over there that magic was definitely a universal language. After I’d get going with a show, there was no language barrier,” Siminoe said. “It was quite a feeling to do the show and watch their reactions, as I’ve seen before, and kind of knew what they’re thinking already.”

Siminoe stressed how lucky many individuals in the United States truly are. The futures of the orphanage children are quite bleak, and Siminoe said how only visiting the country could have opened his eyes so completely to their struggles.

“The kids in the orphanages, most of them will go into prostitution and drugs. It’s really sad to think about,” Siminoe said. “I feel that if you put any of those kids here, they would do phenomenal just because the amount of work they have to do just to live. We don’t have to carry our water. We are very lucky over here.” 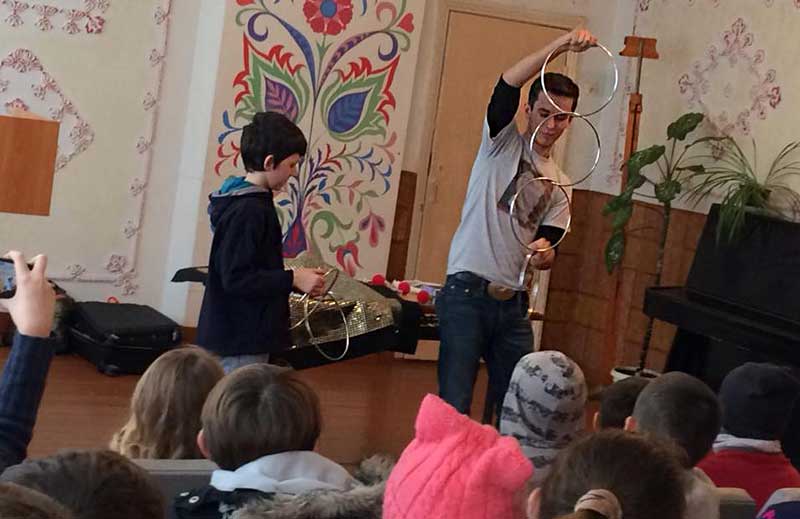 Contributed Photo/Courtesy Samuel Siminoe: Samuel Siminoe performs a magic trick for a group of children in a Ukrainian orphanage.

Siminoe told Gila Valley Central that through this experience, he has learned to appreciate everything he has been given. Also, Siminoe said that giving his time in service while visiting the orphanages of Ukraine was a wonderful and exhilarating experience. However, he also said he would never complain about bathrooms or buses in the United States ever again.

During the upcoming year, Siminoe will be performing across the United States, as well as competing in America’s Got Talent in February. He also plans on participating in a humanitarian trip to Honduras later in the year. To view Siminoe’s Facebook page, click here.  For those interested in joining Sawyer in the Foreign Angels Charity, you may contact the Foreign Angels Charity Facebook page by clicking here. Also, you may view their website by clicking here.

Foreign Angels is a registered 501(c)3 nonprofit charity that provides resources for those in need worldwide. If you are looking to donate to a charity online you have come to the right place! You can help our cause by donating to one of our charity programs with your time or money. Money donations are needed for hundreds of projects for orphans, street kids, elderly, handicap, single moms etc. A donation of $2 can buy a pair of socks, $5 can buy a pair of nice boots for cold winter, $10 can buy medicine for a sick person. The list is endless, tell us what your interest is and we can help.
Foreign Angels Charities is also a gateway for volunteers.