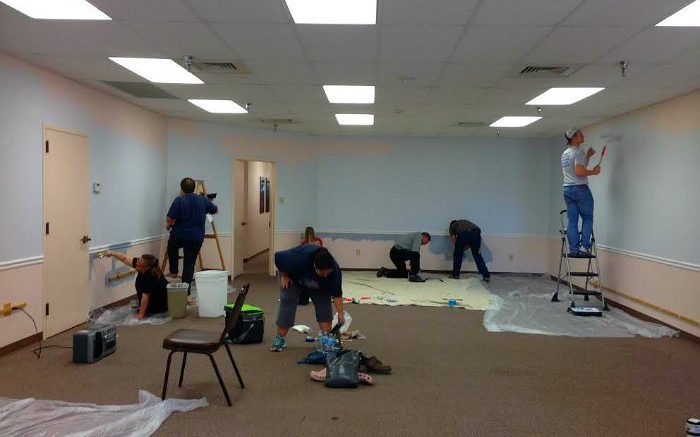 Contributed Photo/Courtesy Retha Russell: Volunteers work to cover the circa 1990s beige with a crisp new coat of paint in the Early Literacy Room.

SAFFORD – The paint was faded and the carpet was stained, but it was the perfect Eagle Scout project in the making.

McKinley “Mac Talley” Ray Talley worked with volunteers over a matter of two weeks to get the Safford City-Graham County Library’s Early Literacy Room to look sparkling clean and shiny with a new coat of paint and steamed carpets. Working within the community, Talley communicated with multiple businesses in Safford and received donations for his project. Ace Hardware donated the new paint, Western Fleet and Tire along with Country Companies donated funds for supplies and Velocity Carpet Cleaning volunteered its services. 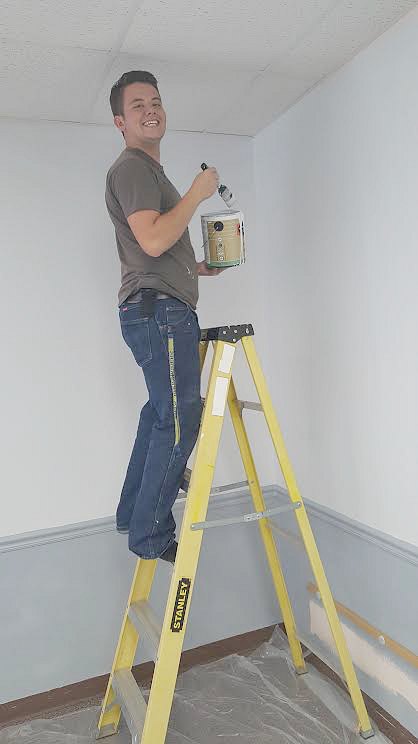 According to Retha Russell, the Early Literacy Coordinator at the Safford-City Graham County Library, the Eagle Scout project was just in time. The library has just received a $2,000 scholarship through Lakeshore. This new scholarship, along with funds gathered by the Friends of the Library, paid for a kitchen set, little couches, a chair and colorful child-sized chairs. The room is getting a full makeover, focusing on early literacy skills.

“I’m going to set it up to where they have specific areas that promote the five early literacy skills which are see, talk, read, write and play,” Russell said. “Safford Carpet Tile and More is giving us a big rug to go in there, so there will be a nice and soft clean area for them to sit for story time. I’m really looking forward to it.”

Talley told Gila Valley Central that what took the longest time in the project was to speak to each business to request their donations for his project.

“The longest part was finding all the donations,” he said. “It’s going to be real nice once we get everything back up on the walls in here. I really like it.” 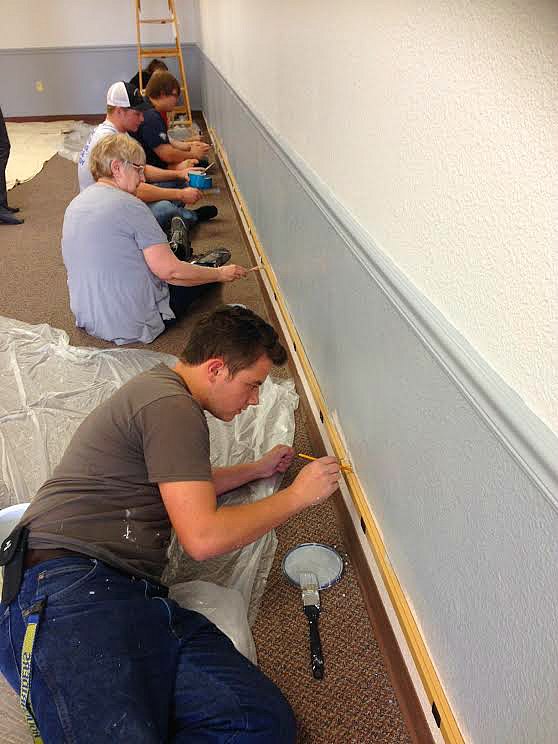 Contributed Photo/Courtesy Retha Russell: A small group of volunteers work together to brighten and clean for Talley’s project in the library.

Talley worked together with volunteers and friends to give the room the facelift it so badly needed. The accomplishment Talley is most proud of is the sparkling clean carpet that Talley and his friends steam cleaned. Talley said he feels the most satisfaction in the fact that little kids will be crawling and playing on clean floors.

To see the new Early Literacy Room, the public is invited to bring their children and attend the Open Play hour on Tuesday at 10 a.m. 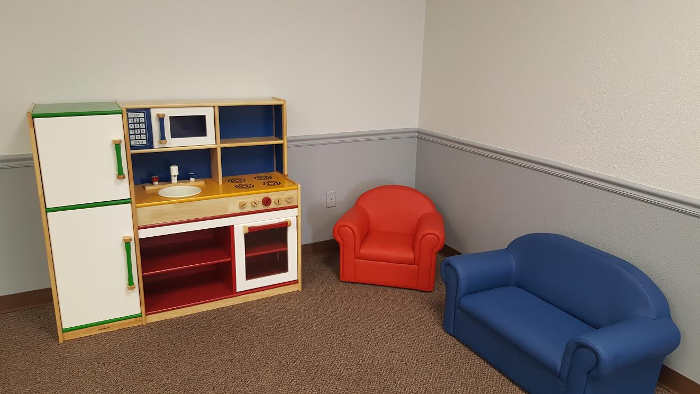 Contributed Photo/Courtesy Lesley Talley: This is one of the completed corners of the Early Literacy Room.

Zumba and water conservation combine at the library