SAFFORD – Safford City-Graham County Library Director Victoria Silva arrived at work Monday, Jan. 8 and has nothing but good things to say about the library.

Newly elected to the position of library director, Silva, previously of Buckeye, had to move her entire household to Safford over Christmas break. Arriving on the job Monday, Jan. 8, Silva quickly dove into the task of getting to know coworkers, programs, and history. On Thursday, Silva had nothing but good things to say about the Safford City Graham-County library.

“I’ve been researching and looking into everything they (the library staff) have been doing, and I’m just thoroughly impressed,” Silva said. “I came in thinking they’ve got a great foundation, and the staff wants to do more, and they’re very willing, and they know what they’re doing. I’m learning a lot from them.” 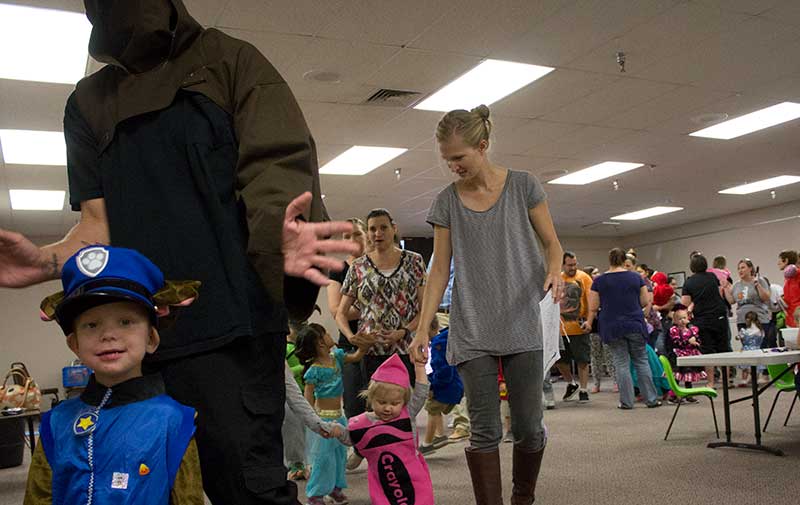 Silva, who has worked in adult and children programs in the past, told Gila Valley Central that she was massively impressed by the librarians’ skill in working with the community. Silva was especially impressed by Retha Russell, who is the Early Literacy Coordinator. Russell works with the library’s youngest patrons, children from newborn to 5, alongside their parents and caregivers. Russell conducts story time hours for the library.

“At the story times, the life skills they’re teaching them (the children) are amazing. The parents are involved, which is something I really like. I see the parents actually interacting with the kids and that’s really hard to do,” Silva said. “From where I’m from, it’s harder to get the parents into the mindset that it (reading) is to benefit the child. I was really impressed.”

Silva stressed to Gila Valley Central that she was impressed by the massive community outreach and involvement of the Safford Library. Also, she said that she doesn’t want to come in and change anything. Instead, Silva wants to learn more about the system and programs already in place to eventually build on existing programming and resources.

“I’ve been in Science City and that’s just fantastic. They have some really good programs,” Silva said. “As far as what I want to do, it’s really just expanding what they have. I’ve come from libraries that don’t have as many programs as they have. I just want to see what we have and what we can continue to offer as the community grows because it looks like its growing.”

Silva is original from Avondale. She worked at the Avondale Public Library for two years in the adult and children programs. After Avondale, Silva worked in the Buckeye Public Library for nearly three years. While in Buckeye, Silva worked in the children and adult programs once again. She has a Bachelors Degree from Northern Arizona University in Technology Management.