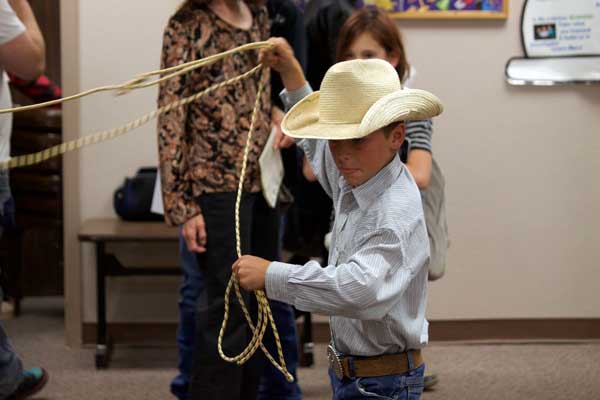 SAFFORD – A cowboy on the range or at the store, the cowboy is a figure of hard work, an endless sky and the open wilderness of the west.  History, rhyme and art follows the guys and gals in boots and cowboy hats as a part of local heritage. 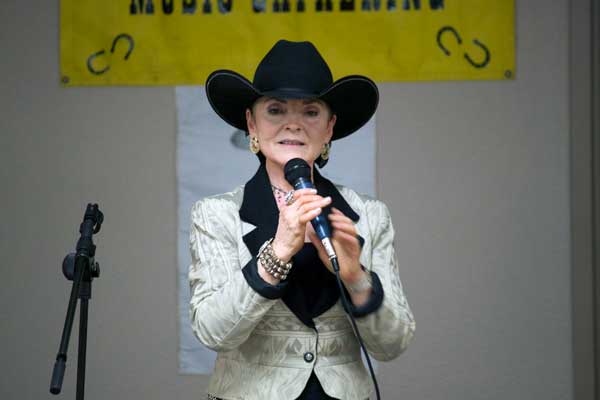 The Gila Valley Cowboy Poets Inc. held its gathering this year at the Safford City-Graham County Library on Wednesday, and the meeting room was filled to capacity as the event filled every chair and then some. The event was titled “Dark Clouds and Silver Linings” and featured not only the adult cowboy poets but also the upcoming talent of the young people of the Gila Valley. Cowboy art contestants from various schools were judged, and winners were given prizes consisting of art supplies. Student cowboy poetry winners were chosen from entries from every local school.

Out of 57 entries, the “Top Hand” poetry winners were Lydia McElroy, Matilyn Loperman and Ambrosia Johnson. Several of the winners read their poems at the event to the joy of those in attendance. 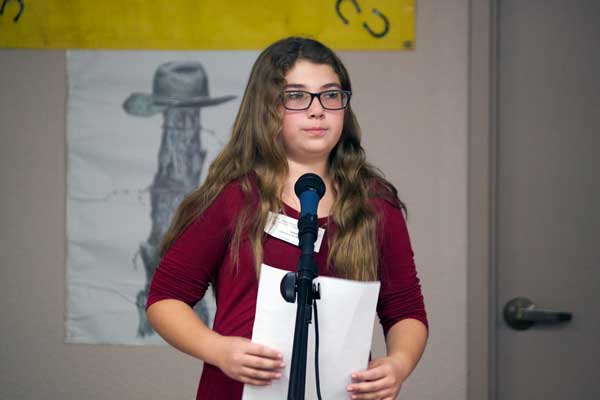 Musical performances included the Thatcher elementary second-grade students, who performed “Square dance 101” while being coached by the music teacher, Wendy Allred. Young violinists, Nia and Margerite Brume, performed a variety of festive songs including “Jingle Bells” and “Christmas Snow”. Several of the intended participants were unable to attend because of family events and sickness. However, there were songs, dance and poems a plenty at the gathering. 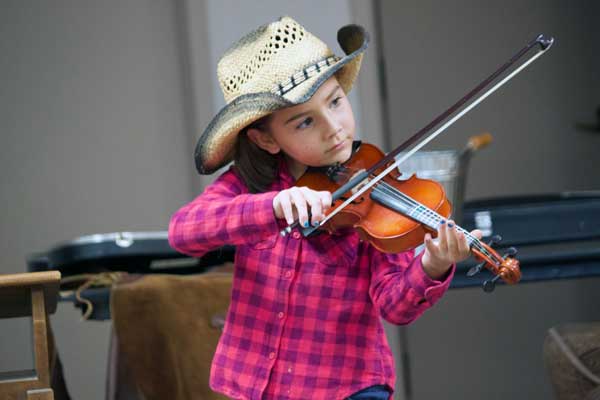 Bunny Dryden, president of the Gila Valley Poets incorporated and rancher, told Gila Valley Central that the many of the young people today may not come across the ranching or experiences of the cowboy. Through the cowboy poetry, younger generations are gifted with an idea of history and heritage. 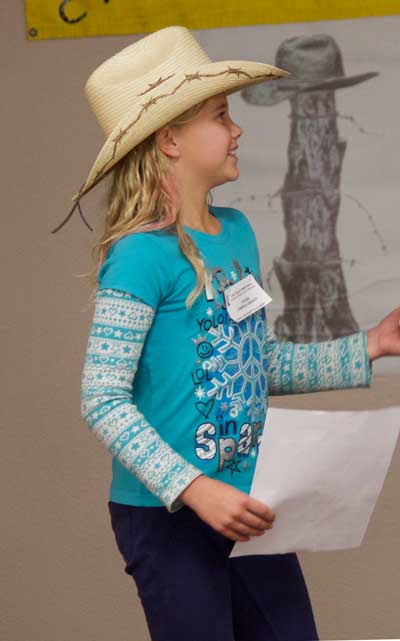 “As I came to understand how important the ranching process is, (I learned that) this valley is agriculturally-based, and ranching is a huge part of that,” Dryden said.  “This introduces our younger generation to something they may never encounter unless someone who is involved and embedded in it can bring it to them.”

The cowboy poets have been in existence locally for 28 years. Dryden was the individual who incorporated the youth poetry and art competition, and that aspect has been in existence for 15 years. Having been the president of the cowboy poetry organization for eight years, Dryden told Gila Valley Central that the choices were limited when it came to this year’s location. However, she was able to work with the Saffford Library, and they were gracious enough to work with them.

After the entertainment portion, children were given the opportunity to try their hand at roping a steer and do some rocking horse barrel racing as the adults were invited to peruse the art and poetry set up in the library.

Jon Johnson contributed to this report.

Godfrey the Magician perfoms at the Safford City Library