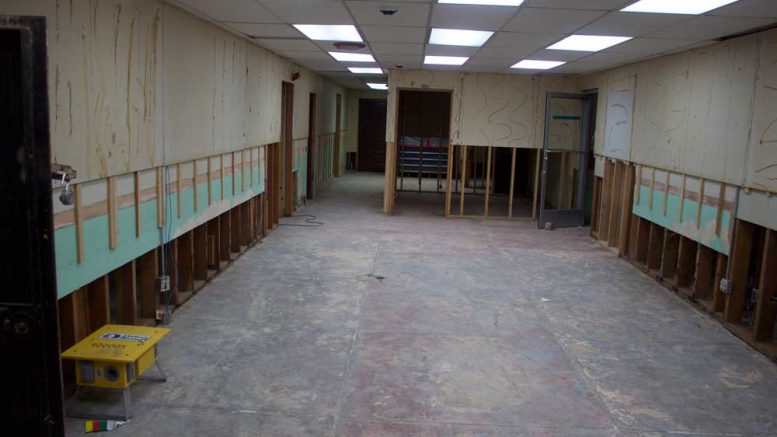 Jon Johnson Photo/Gila Valley Central: The basement of the Graham County Courthouse is being renovated after the October flooding left it unusable.

SAFFORD – The employees who worked in the basement of the historic Graham County Courthouse have been displaced for three months since the epic hailstorm in early October flooded the building. Now it appears that their long departure will soon come to an end. 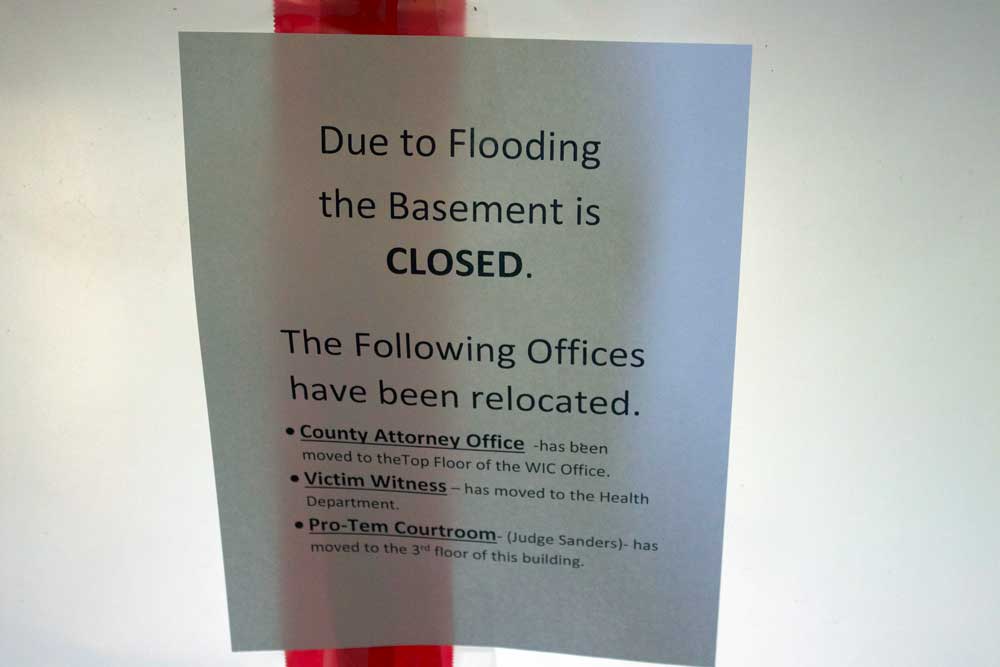 Jon Johnson Photo/Gila Valley Central: The entry to the basement of the courthouse has been sealed shut since October.

Graham County Manager Terry Cooper told Gila Valley Central that the renovation is forthcoming and should be soon completed. Most of the previous layout will remain the same, with the exception of some additions to the basement courtroom, which will be the beneficiary of a new jury deliberation room and other amenities it previously did not have. The space was freed up after the storm damaged the area and certain outdated rooms, such as a radio communications room, was not necessary to rebuild due to the advancements in technology making the room obsolete.

“It’s just going to be basically the same as it was, (we’re) just trying to make it a little more functional,” Cooper said.

Gila Valley Central received an exclusive copy of the construction plans, which detail the rebuilding process and shows the new additions as well as new security measures to be instituted.

The storm flooded the entire basement, necessitating the removal of all of its carpet and stripping the walls down to their wood studs. In addition to the basement, the carpet on the first floor will also be replaced; a project that was already in the works before the hail storm. 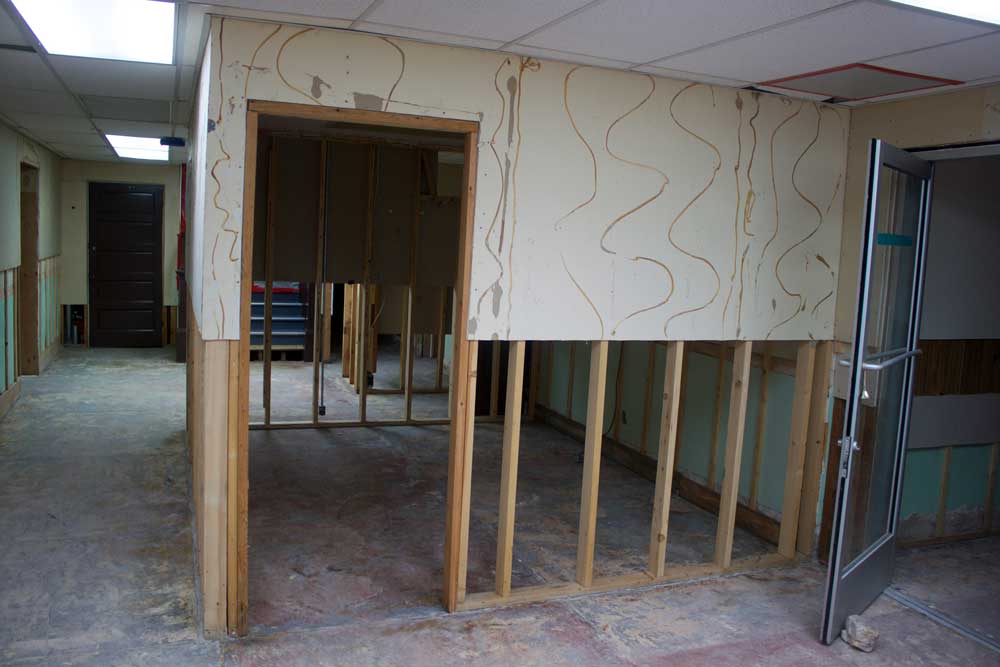 Jon Johnson Photo/Gila Valley Central: The basement walls have been stripped to their wood studs and all the carpet has been removed.

Working from offices away from the courthouse in cubicles above the Graham County Health Department has put a strain on the County Attorney’s Office, and Judge Sanders has had to utilize the extraordinarily small makeshift courtroom across from the main courtroom on the buildings second floor.

A timetable hasn’t been set but the renovation could be complete by the end of January. That process can’t come quick enough for the numerous displaced workers who have had to make do by performing their jobs in cramped and less than desirable temporary spaces.

“I think it will turn out well,” Cooper said.