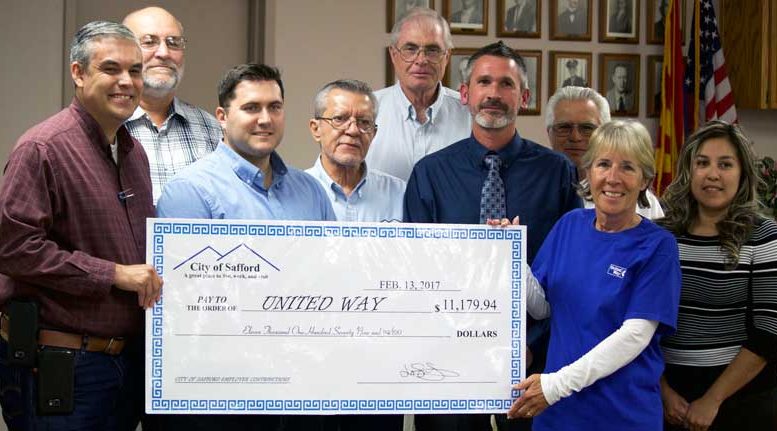 SAFFORD – Usually, this goes the other way around.

The United Way of Graham County was on hand at the Safford City Council meeting Monday night and, instead of presenting a check to a group or municipality, it received a donation from the city.

Safford Finance Officer Alma Flores informed the council that the city employees had gathered a donation of $11,179.94 to be given to the United Way to use as it sees fit. Roughly $6,800 of the total amount came from employee pledges taken directly out of their paychecks, according to Flores.

“We’re very grateful to our employees for all the effort they do during this campaign,” she said.

Accepting the check for the United Way was Deborah Gibbs.

“On behalf of the United Way, we would like to thank all of the employees of the city of Safford,” Gibbs said. “We’re stewards of the money, for without the volunteers giving us the money we could not provide for the community.” 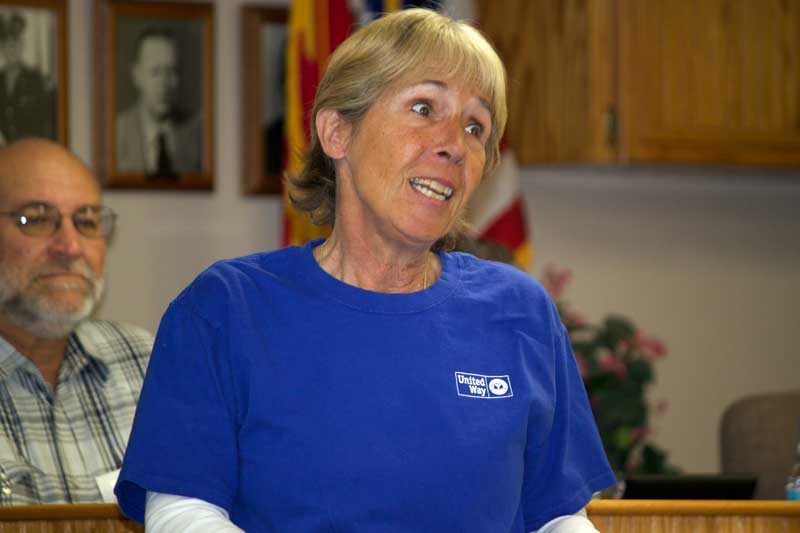 The United Way of Graham County provides grants and donations for dozens of worthy causes each year in Graham and Greenlee counties. The group also paid to have every officer in Safford, Thatcher and Pima police departments and the Graham County Sheriff’s Office to have body cameras, making Graham County the first county in Arizona to have all of its officers equipped with such devices.

“Last year, between Graham and Greenlee counties, we gave away over $728,000,” Gibbs said. “Without the people we have in this city and other (municipalities) in the community, we would not be able to do that, (so) thank you very much.”

Safford Mayor Jason Kouts encouraged the entire council to take part in the presentation of the check to Gibbs. Later, he praised the city’s employees for their generosity.

“I just think that it’s really good that the employees take the time out and the cash out of their own pocket and donate to the United Way,” Kouts said. “That’s awesome. It shows their heart.”