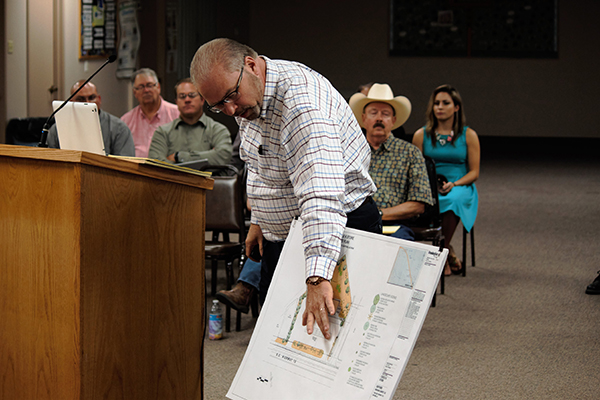 SAFFORD – A larger, more aesthetically pleasing Circle K with a focus on fresh food offerings is on the menu for Safford. 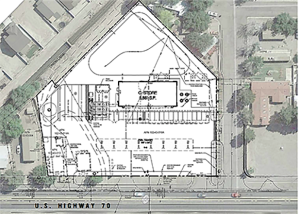 While the new store won’t likely open until the summer of 2017, the Safford City Council took its first official steps toward paving its construction during its council meeting Monday night.

After having a public meeting with no objection, the council had its first reading of ordinances to annex and rezone land just to the east of its current city limits along U.S. Highway 70 from Agriculture Residential to Highway Commercial. The move will allow the development of a new, larger Circle K convenience store.

The store will be built at 1480 E. U.S. Highway 70 and, at 5,881 square feet, will dwarf other area Circle K stores. Currently in Arizona, there is one such new prototype store in operation in Casa Grande, with four more under construction. The store will also boast 20 parking spaces and a 4,704-square-foot fuel canopy area with eight gas pumps.

Dan Cisiewski, Principal partner of Land Development Consultants, LLC, gave a presentation to the council about the proposed store. Land Development Consultants is based in Phoenix and works with clients to find solutions to various situations that arise during a real estate development project, according to its website. Prior to joining the company, Cisiewski, who has a juris doctorate law degree, spent 16 years with the QuikTrip Corporation as director of real estate and counsel.

“This is really one of the very new prototype stores that Circle K has designed,” Cisiewski said. “They’ve spent the better part of the last three years re-designing this facility in terms of size and interior footprint and really the overall design.”

After his presentation to the council, Cisiewski explained the fundamental store design change to Gila Valley Central. In addition to a variety of fountain drinks, gourmet coffee and fresh food offerings, including breakfast burritos and sandwiches and salads for lunch, the larger store will offer limited seating for those who wish to eat at the location.

“You get so much traveling public on these interstate locations; everybody’s in a hurry now – getting to work, picking up kids – so the focus needs to be on readily consumable, good-quality food,” Cisiewski said. “It’s just a whole different environment in terms of servicing the customers’ needs.”

Safford City Manager Horatio Skeete told Gila Valley Central he was in favor of bringing in the new business to Safford.

“Another retail business in town is always welcome,” Skeete said.

The new store will have a 6-foot block wall along the rear and sides of the property to help as a noise buffer for surrounding neighborhoods and will have a large water retention area in the back along with landscaping throughout the property. 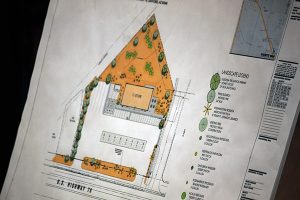 Safford will have to hold a second reading before the annexation and zone change goes into effect. If everything goes to plan, Cisiewski estimates construction likely to begin in early 2017 with a four-month timetable. He said in that case, the new store could be open by late spring or early summer.