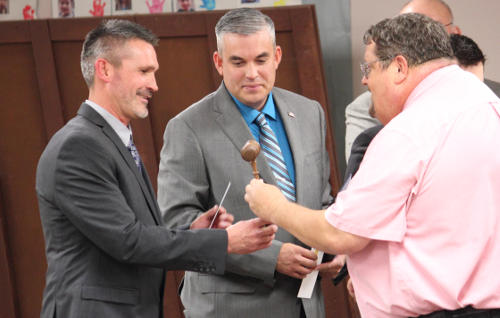 SAFFORD – On Jan. 20, the peaceful transition of government will play out on a national scale. If those involved in that proceeding wish to see an example of how to achieve such a transition seamlessly and with grace, they need look no further than the Safford City Council.

The council welcomed its new members during its Monday night meeting with a swearing in ceremony and the changing of the gavel as former Safford Mayor Chris Gibbs and outgoing councilors Jim Howes and Ken Malloque stepped down from their seats.

Mayor Jason Kouts and newly elected councilors Michael Andazola and Chris Taylor took their seats and parceled out the council members’ assigned areas of duty with the rest of the council, Steve McGaughey, Arnold Lopez, Gene Seale and Vice Mayor Richard Ortega, who was re-appointed as Vice Mayor but was unable to attend the meeting as he was at another commitment.

Howes addressed the incoming council members and advised them to “do your homework and ask questions . . . trust your staff . . . (and) treat the employees like they make a difference and they will.”

It was nearly standing-room only in the Phelps Dodge room at the Safford City-Graham County Library as onlookers and well-wishers packed the room to see each of the three freshman council members take their oath of office; each singularly with their choice of administrator. McGaughey, who was previously appointed to the council in January, 2016, to fulfill Mary Bingham’s seat after she resigned to run a successful campaign for Graham County Treasurer, ran unopposed in the August primary to complete the final two years of Bingham’s original term. Ortega was re-elected in the primary along with Taylor and Andazola. Both McGaughey and Ortega previously took their oaths as they were already on the council.

Kouts previously served on the council from 2008-2012 as a councilor and as vice mayor. In 2012, he failed in his bid for the Graham County Board of Supervisors District 3 seat (ultimately won by Danny Smith), and in 2014 he lost to incumbent Chris Gibbs for mayor. Kouts kept at it, however, and avenged his previous loss by beating Gibbs in the 2016 general election after neither candidate secured enough votes for the outright win in the primary. 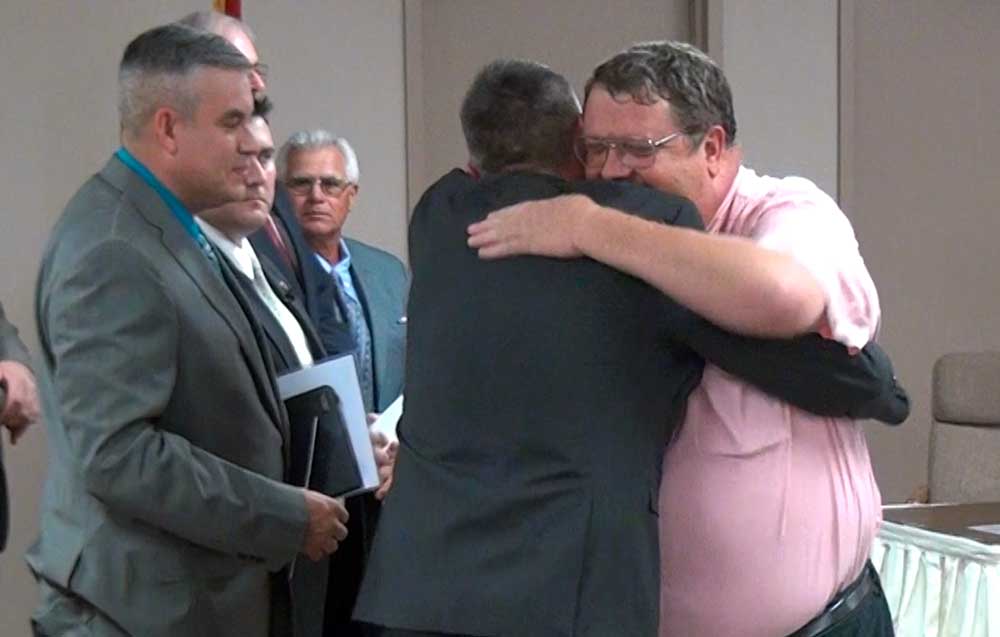 After a presentation of colors by the Safford Police Department, the reciting of the Pledge of Allegiance and a special prayer by Phil Tutor, each incoming council member was sworn in by an administrator of his choice. Kouts was sworn in by his pastor, Andazola by Graham County Superior Court Judge Michael D. Peterson and Taylor by his grandfather, Dick Bingham. 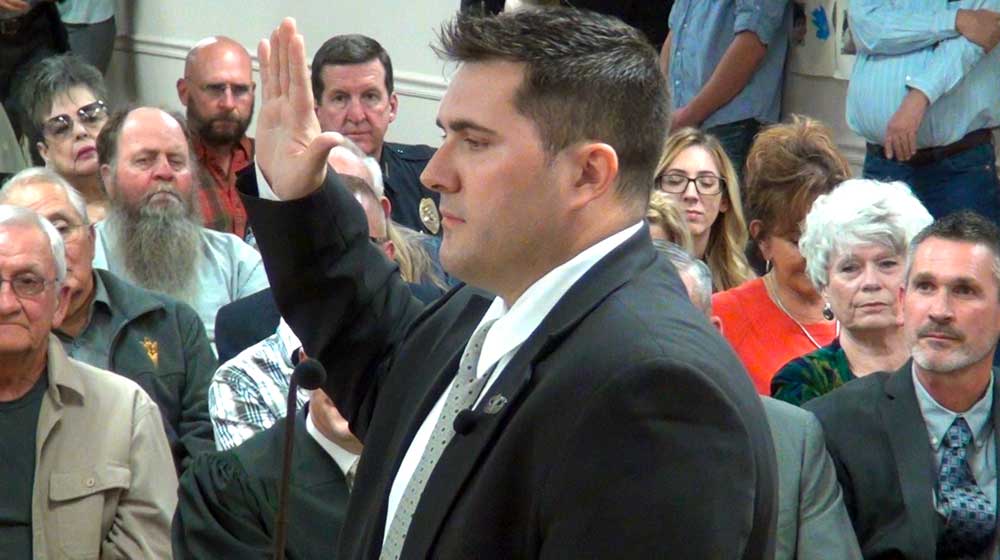 During his introduction to the crowd, Kouts thanked his supporters and promised to win over his detractors.

“First of all, I’d like to thank the voters of Safford for giving me the opportunity to serve them, and I will serve you well,” Kouts said. “And for those (who) saw a different vote, that’s ok, I will earn your trust . . . I look forward to representing Safford as a whole. You guys, we’re going to make Safford great again.” 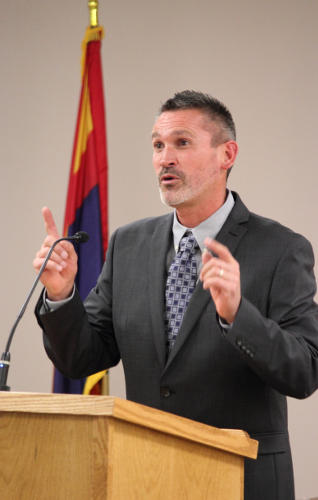 Gibbs was magnanimous in his last council meeting as mayor.

“We live in a great valley,” he said. “We have great people. It’s been an honor to serve.”

Andazola also thanked those who supported him in the election.

“This is a privilege and an honor,” he said. “I’m looking forward to making Safford great again, and let’s go Bulldogs.”

Taylor, who was shadowed by a crew from 3 TV out of Phoenix for a “redemption” special regarding his life story from combat veteran turned opiate addict to salvation and service inspired substance abuse councilor turned city councilor, was slightly more low key in his remarks to the audience.

“I just want to let my family know that I wouldn’t be here without you,” Taylor said. “I’m humbled that you all are here and I’m looking forward to working with this council. Safford is already great; we want to make it greater.”

Afterward, all in attendance were welcomed to rub elbows with the new council members over juice and fresh baked goods from the Cottage Bakery before emptying out into the night.