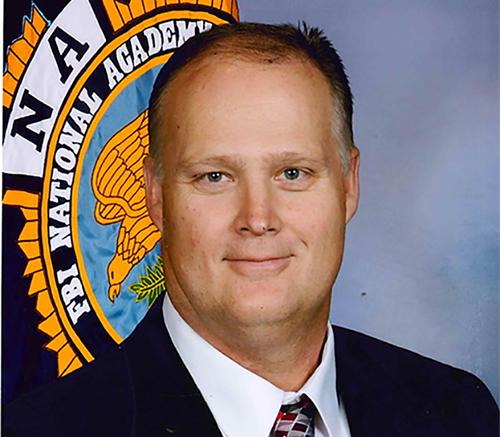 QUANTICO, VIRGINIA – He might not be breaking up a terrorist cell or solving a homicide cold case, but Safford Detective Glen Orr is utilizing his recent Federal Bureau of Investigation (FBI) training to help keep Safford’s streets safe.

Orr was recently one of 213 law enforcement officers from 23 countries to graduate from the 264th session of the FBI National Academy Program (NA).

“It was a great experience,” Orr said. “(Only) 1 percent of law enforcement worldwide gets to attend it, so it’s a very prestigious kind of thing to get to do it.”

The NA has been held at the FBI’s training facility at Quantico, Virginia since 1935, but very few people from the Gila Valley have ever had the privilege of attending. Orr said he knew of only two other officers from Graham County who had completed the program. One of those officers is his police chief, Joe Brugman, who went through the program while he was working for the Chandler Police Department. Orr said Brugman was the driving force that encouraged him to pursue the program, which took nearly a year in preparation.

“He actually was pushing it,” Orr said. “He wanted somebody to go, and I took advantage of the opportunity.”

The academy is a 10-week training program held four times a year for law enforcement from across the nation and abroad. FBI special agents and other experts in their fields teach courses such as behavioral science, law and understanding terrorism and those who perpetrate it, according to U.S. Department of Justice media representative Mollie Halpern. The classes are accredited by the University of Virginia and are bachelor- and master-level courses.

Orr said his focus of study was mostly in areas of leadership in violent crime investigations, at risk employees and drug investigations.

“It’s great training,” he said. “You can’t get the training anywhere else like that. It’s been very helpful in certain things and understanding management and supervision and those kind of things.”

The cadets weren’t all about the books, however, and also had to endure daily physical training as well as pass a graduation run dubbed “The Yellow Brick Road”, in which cadets traverse the U.S. Marine Corps obstacle course for half of the run.

“I lost a lot of weight, actually, while I was there,” Orr said.

Whether the training pays off down the road as far as his police career goes, Orr said he is always a proponent of someone bettering themselves through education.

“To me, education is always important, so the more I can learn and the more anyone else can learn, the better we are,” he said.