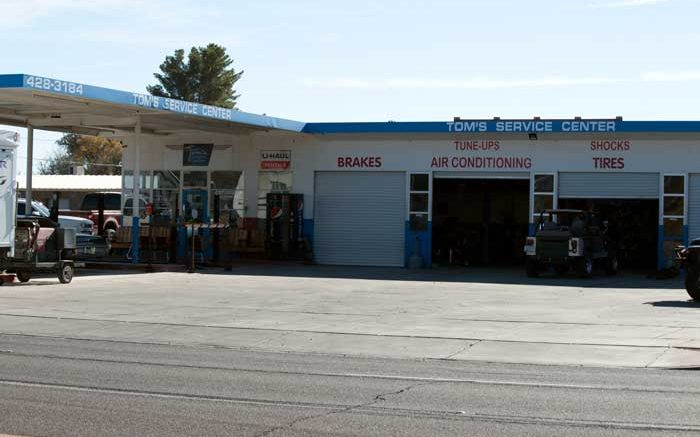 THATCHER – Al Capone he’s not, but the same charge of tax evasion is being used to upset alleged criminal activity at a Thatcher automotive service station.

Thomas Folk Ticer, 42, owner of Tom’s Service Center in Thatcher, was indicted Dec. 7 by a federal jury in United States District Court District of Arizona in Phoenix for tax fraud after an FBI investigation found he failed to report income from the sale of stolen auto parts. Ticer’s collaborator in the scheme, Billy Pace Foster, 35, was charged with conspiracy.

Thomas Ticer was indicted for tax evasion by a federal jury in the Sandra Day O’Connor United States Courthouse.

Tom’s Service Center is located at 4047 W. Main St., and is on the northwest corner of the intersection of U.S. Highway 70 and Reay Lane.

The indictment looks to seize roughly $667,400 in ill-gotten assets. 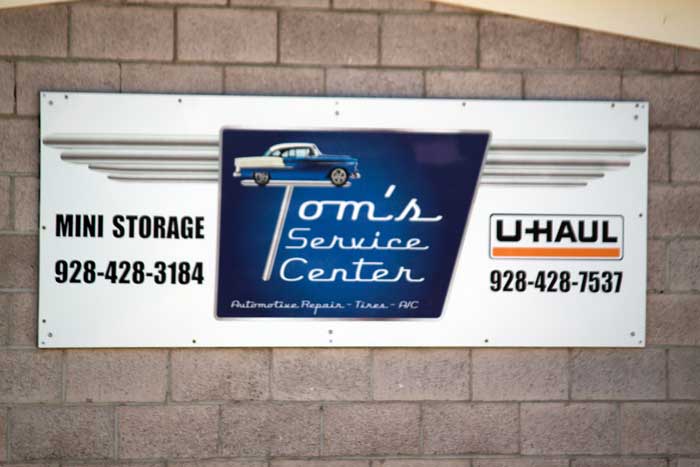 According to the indictment, Ticer paid Foster to order auto parts, mostly unneeded fuel injectors, for mine vehicles at Freeport McMoRan’s copper mining operations in Morenci, running from 2011-2012. Foster would receive the parts and bring them to Ticer, who then sold them over the Internet via PayPal and eBay, among other ways.

Eric Kinneberg, director of external communications for Freeport-McMoran, declined to comment. It appears that the mining company never pursued theft charges against Foster or Ticer.

The auto parts were allegedly sent to the mine, even though many did not even fit mine vehicles. The parts were then taken to Ticer in Thatcher, according to authorities.

At the time, Foster worked for Haralson Tire Company, which was then in charge of ordering auto parts for the mine’s vehicles. Foster would order the unnecessary parts, which Haralson Tire Company would initially pay for and then bill Freeport for reimbursement. Often, the parts didn’t even match up with vehicles used at the mine, according to the indictment.

After the conspiracy became known, Foster was terminated from his position. Freeport no longer has Haralson Tire Company handle its auto parts ordering but still utilizes it in other contracts, including service. Haralson Tire Company built a 37,000-square-foot expansion in 2008 mainly to handle maintenance of large vehicles used by Freeport McMoRan. Jon Haralson, owner of Haralson Tire Company, did not immediately return Gila Valley Central’s phone call.

Between 2011-2012, Ticer allegedly sold nearly $670,000 in stolen auto parts, according to the FBI investigation. The investigation also yielded separate business files Ticer kept at the service center that contained sales specifically labeled not to be included on his taxes, and that Ticer failed to pay taxes on an additional $61,000 in cash transactions at his business. 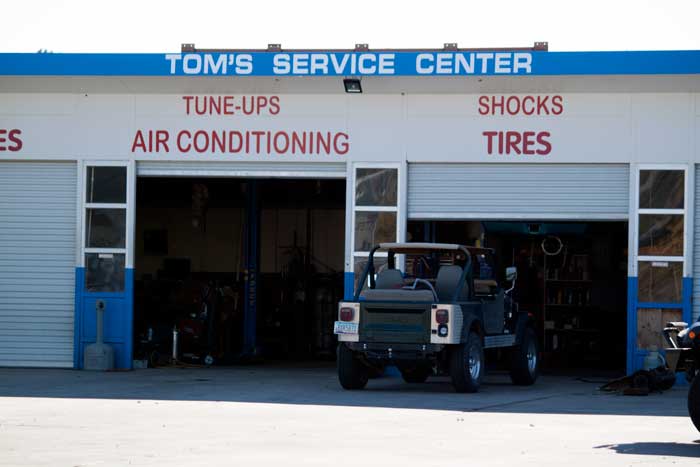 The investigation noted that Ticer eventually had repeat buyers who would approach him directly without having to go through eBay. It reported the majority of the stolen injectors were sold to an Internet parts company, InjectorsDirect.com, which is headquartered in San Luis Obispo, Calif.

When Gila Valley Central contacted Ticer, he declined to say much but alluded to his innocence.

Tom’s Service Center is a full-service auto shop that also restores classic vehicles. The shop also has a U-Haul rental facility and a sea of storage units behind the shop.