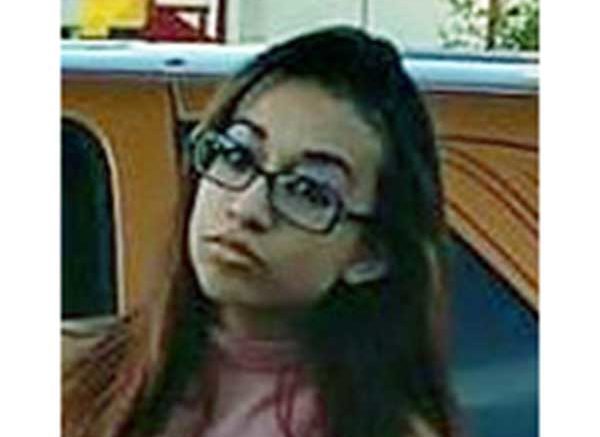 Rosaura Magdalena Barbosa-Hernandez, 18, of Tucson, entered into eternal rest on Sunday, May 6, 2018.  She was born to April Hermosillo on February 15, 2000 in Safford, AZ and raised by April Hermosillo Barbosa & Joe Barbosa.

The day she arrived her personality was so big it immediately began to show. She was determined, confident, loving, affectionate and kind. Rosaura’s life was filled with adventure. From exploring the desert, taking trips with her friends to caring for any hurt animals or bugs she came across. She was fearless and full of endless love for others. Her eyes were kind and her voice carried power. She was tiny in stature but when she entered a room without even trying she was immediately the center of attention. She was beautiful but didn’t even see it.

Rosaura attended the Canyon Rose Academy in Tucson and loved modeling, singing, writing poetry & stories and just being awesome!   She adopted her first pet, Gizmo in May of 2017 and moved out on her own after getting her first job in December of 2017.

She was full of life and a ray of sunshine all of her short life.  Where ever she went she was always making people smile, spreading love and positive energy.  If anyone left their phone unattended for just a short time Rosaura would snatch it up and take several selfies then replace the phone and never tell the owner.  She thought it was funny to see their reaction when they were looking through their photos and found her funny pictures.  She had a dazzling smile that would make anyone happy.

Rosaura loved animals but most of all, her dog Gizmo. She called him her son.  She had plans of adopting children because she felt there was no need to create her own biologically when there were so many who needed families in foster care.  Standing up to injustice was her everyday thing.  Working in the fast food industry she had seen many hungry homeless people come in and she would feed them even if it meant going without food herself.  She was the rare kind of person who would approach strangers just to make conversation and see if they were ok.  She had a strong love for God and it showed by how she carried herself. She was drug and alcohol free. She didn’t cuss or wear revealing clothing.  She was a true lady and carried herself as such.

She was preceded in death by her Grandpa Frank Gonzalez in 2005, her Grandpa Vera Gonzales in 2017, her Uncle Steve Palomino and her Tia Mayra Hermosillo in 2010.

The world has truly lost an incredible loving and caring angel who wanted nothing more than to make the world a better place.  One filled with love and happiness.