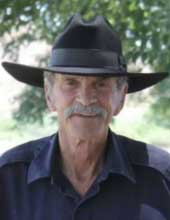 Richard “Dick” or “Skipper” Merle Kaler entered eternal rest on September 12, 2021 in Gilbert, Arizona at age 77 surrounded by family. He was born June 11, 1944 in Warsaw, Illinois to Justus and Bertha Kaler (nee Graham).

During his early years he served in the Navy and Marine Corp. He exited in 1967 as an SPEC.CPL.E-4 and afterwards he moved his family to Phoenix, Arizona.
He worked in the surrounding area for “the phone company” Mountain Bell for years before retiring. After he retired he was able to fulfill his dream of being a full time rancher which he did for the last 20 years of his life.

He will be laid to rest with his wife Lois at National Memorial Cemetery of Arizona on Friday, October 1st, 2021 at 2:00 PM.

A memorial will be held in Duncan, AZ after burial services (date and time to be determined)