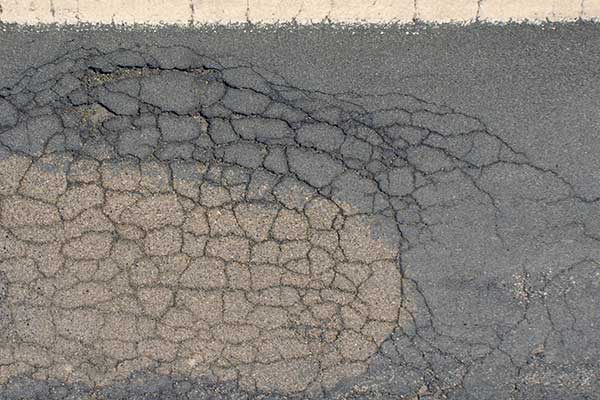 PHOENIX – The Arizona House of Representatives Transportation Committee received briefings on Wednesday from representatives from Globe, Sierra Vista, and Willcox as well as Cochise, Gila, Graham, Greenlee, Santa Cruz, and Pinal Counties during their meeting on Wednesday.  The testimony from rural representatives revealed a troubling picture – local roads in desperate need of repair and lack of funding to address their maintenance needs.

In discussing the extensive needs for infrastructure funding in Cochise County, Supervisor Ann English confirmed, “Twenty to twenty-five percent of our roads are in poor or very poor conditions.”

English’s presentation noted that the last time the gas tax had been adjusted the minimum wage was just $4.25/hour, the minimum wage now sits at $12. She concluded her presentation by saying, “We need an additional 18 cents gas tax to keep our roads safe and to encourage visitors and new industries to consider locating here in Cochise county. The additional gas tax is one means of helping with our economic necessity here in this state.”

In his presentation, Greenlee County Supervisor Richard Lunt said that the top constituent complaint he receives is the poor roadway conditions as he held up a piece of broken road from nearby a local school. He stated, “Greenlee county has 432 miles of roads, 77% are unpaved and 47% are in poor or very poor condition. Thirty-three percent of the bridges are structurally insufficient or functionally obsolete.”

Lunt went on to explain that to get around these bridges it would cause on average a 49.1-mile detour, “Over the next 10 years the funding to maintain the county’s current road system will fall short by $51.8M,”

Santa Cruz Supervisor Bruce Bracker highlighted the necessity of safe roads in Santa Cruz as it serves as a popular trade route and is the largest point of entry connecting Arizona to Mexico. In 2018, Nogales and Santa Cruz were the gateway for 3.6 million cars, 10.8 million people & 340,000 trucks. Bracker estimates that in 2019 truck entry will exceed 400,000.

Supervisor Bracker said, “The situation is untenable. We have rows of both car and truck traffic…I invite you to use this intersection during peak hours to see how you feel surrounded by semis going in every direction as you try to take your kids to school.”

Sierra Vista pointed to the impact the lack of funding is having on their long-term ability to do business. “We are in a good position to grow.  However, we do not have the funding to maintain and operate our streets efficiently to conduct commerce within the city,” said Sierra Vista Mayor Rick Mueller. He attributed the unaffordable maintenance costs to the rise in material costs, personnel costs, and the rise of the minimum wage.

The Mayor Mike Laws of Willcox expressed concern about the impacts of their increased tourism and economic development will have on their roadways. Willcox sits in the center of flourishing economic development including facilities like Coronado Dairy – now the fastest-growing dairy in Arizona.  Laws estimates approximately 75 feed trucks a day go to the dairy using an “intersection that was designed for horse and buggy and now we turn semis there every day.”

Laws also pointed out that Willcox is the first hospital in the State of Arizona when people are headed westbound and there is no drainage system in place. The mayor went on to detail the deterioration and unmanageable flooding that occurs on a regular basis, making the hospital virtually inaccessible.

The City of Globe is struggling with failing roads and very few options to fix them.  City Manager Paul Jespon said, “One-third of our roads are seriously damaged. About 10% we cannot even do anything with. It’s not even worth the money because it will just be lost. Those roads are just not savable.”

In Graham County where 77% of their roads are unpaved, County Supervisor Paul David acknowledged, “It’s difficult to find funding to pave roads even though it will reduce the amount of grading costs and improve our air quality and water quality from sediment transport.”  Calling on his unique experience at ADOT for 17 years, Supervisor David cited the complications that accompany new intelligent transportation explaining, “We have bike paths, sensors, cameras and adaptive signs these costs continue to increase, wrong-way signs and other technology cameras those all dilute the actual construction can be done statewide.”

Pinal County Supervisors Anthony Smith concluded, “In the last four years on the 347, there have been nine fatalities. 43,000 people drive 347 each day, the road is rated ‘D’ and quickly moving towards an ‘F.’”

Smith pointed out that Pinal County is one of the fastest growing counties in Arizona, becoming a lucrative platform for economic development and new jobs, creating additional traffic and safety concerns on the roads. He concluded, “Bottom line is the needs for transportation is truly statewide.”