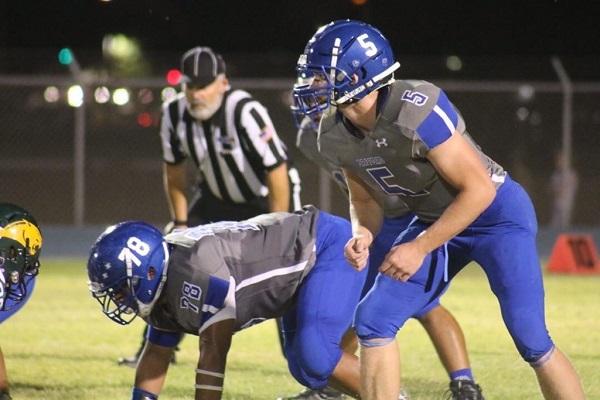 SAFFORD — There have been numerous football players who have deserved to be honored with the Gila Valley Player of the Year award over the years but no award was present. KATO Sports Director and Play by Play voice Lee Patterson wanted to changed that. “I remember growing up that media outlets handed out player of the year awards at the football banquets and got to thinking, why don’t we do this?”

That is how the award was born. Going forward KATO and GilaValleyCentral will award a football player of the year award on an annual basis.

Patterson said he has each team in the Gila Valley nominate 3 players that they think are deserving of the award. He then scours their stats and game film to narrow it down to the player of the year. “This is why entering stats into the MaxPreps system is important,” said Patterson. “If there are no stats posted for the players you nominate, they virtually can’t win the award and that is a big disservice to the players.”

The first ever award was handed out to Safford High School RB/LB Sam Tobias last night at the team’s award banquet. Tobias led the team in rushing touchdowns with 12, he also added 2 receiving touchdowns. On the defensive side of the ball he had 50 tackles, 6 sacks and 7 tackles for loss plus an interception return for a touchdown. He led the team with 15 total touchdowns.

Tobias was also named the 3A South Player of the Year by the coaches. The team also voted him as MVP as well. Safford also won the 3A South Championship for the first time since 1998.