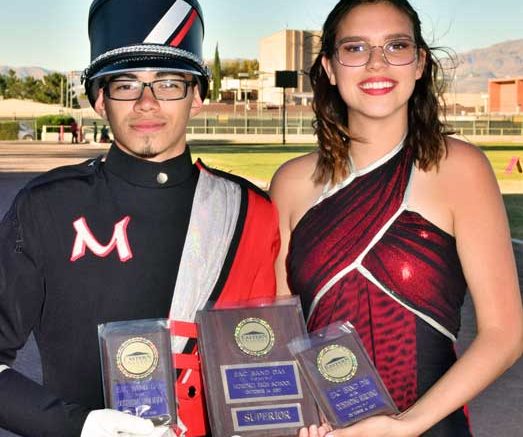 THATCHER – Sixteen marching bands took the field for competition on a warm Fall day in Thatcher with Morenci leading off the day.

The Pride Band left John T. Mickelson Field with a Superior rating following the conclusion of EAC’s 52nd Band Day on Oct. 14.  It was the fourth consecutive superior earned there with the band under the direction of Jared Collins, the third in Class 1A/2A. The Wildcats were also recognized for Outstanding Marching and Outstanding Drum Major during the presentation of awards. 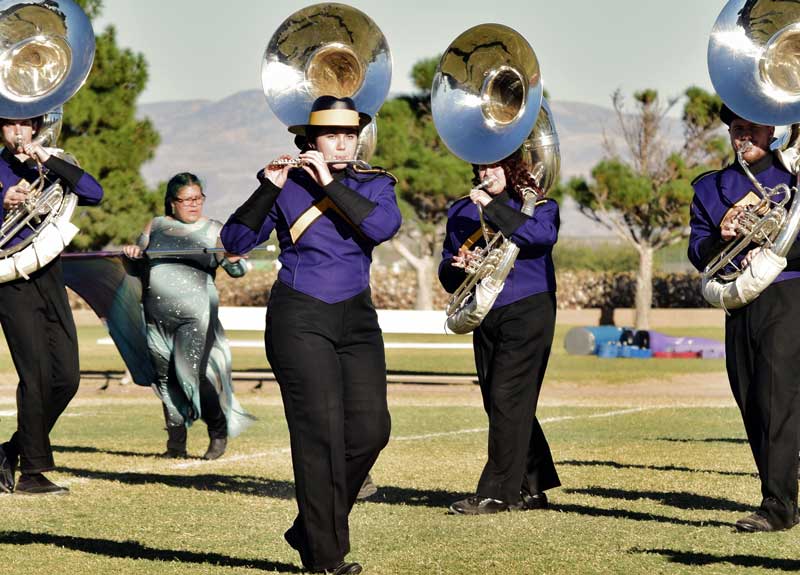 Collins was a 2016 Arizona Rural Schools Greenlee County Teacher of the Year nominee, Juana Verlander directs the color guard for the 12th year, and junior Ruben Valle-Ramirez is the drum major. 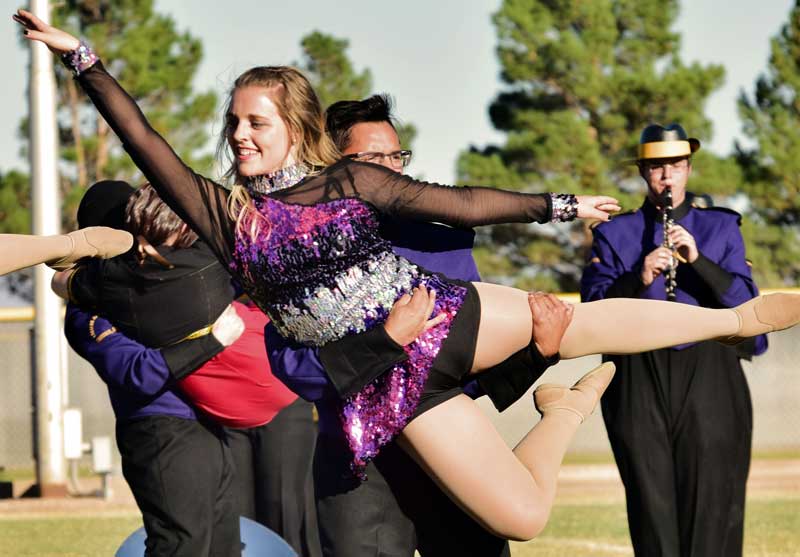 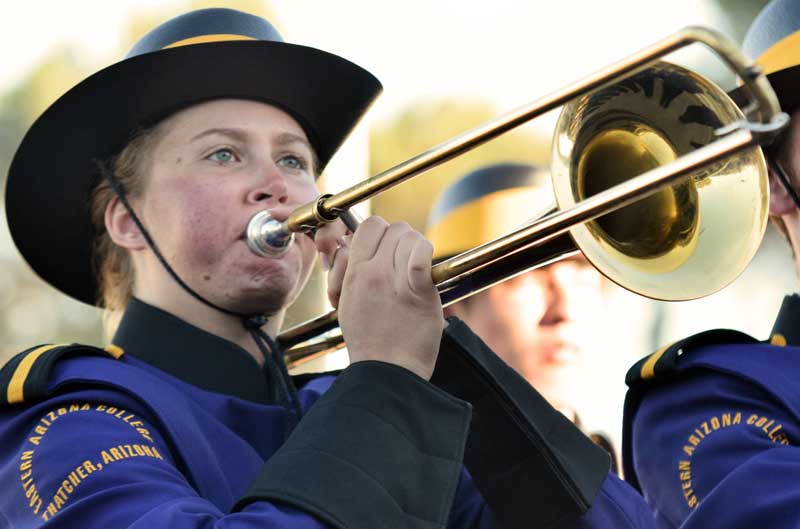 Photo By Raymundo Frasquillo: The EAC Band played the school fight song as a finale.

Morenci will be attending the New Mexico State University Tournament of Champions next month and the San Diego-held Holiday Bowl in December.

The 2015 Wildcats also left E.A.C. with Outstanding Music, Percussion, and Drum Major plaques while the 2014 group also had the Auxiliary award. Collins’ first two bands, the 2013 and 2012 were both rated excellent. Morenci ended as 2A state champions in 2011. The 2013 Wildcats were also invited to participate in halftime activities of the Holiday Bowl.