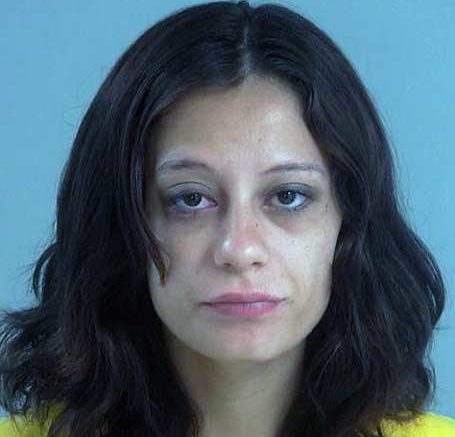 Contributed Photo/Courtesy GCSO: Lisa Maennche was booked into the jail on a warrant regarding various drug offenses and new drug charges, including possession of heroin.

SAFFORD – The pull of opiates is so strong that it even outweighed the process of motherhood for a Thatcher woman.

Lisa Marie Maennche, 23, was arrested and booked into the Graham County Jail on July 20 for a warrant, possession of a narcotic drug and possession of drug paraphernalia after she was found with .2 of a gram of black tar heroin, aluminum foil with black streaks on it and a drinking straw with one end burnt. Those who smoke black tar heroin commonly use aluminum foil and a straw to do so. Maennche was approached by police due to a warrant from a 2016 incident that includes charges of possession of a dangerous drug, transportation of a dangerous drug for sale, DUI, DUI-drug and possession of drug paraphernalia. According to court records, a warrant was issued for her arrest July 18.

According to a Safford Police report, Maennche was observed by an officer as she was walking along 12th Avenue at about 3:14 p.m. The officer recognized Maennche from previous contacts, and, after a computer search of her warrant status was confirmed by Graham County Dispatch, the officer stopped Maennche and took her into custody.

The officer reported he was aware of Maennche’s heroin habit and inquired if she was carrying any drugs. Maennche then retrieved the heroin and paraphernalia from her underclothing.

Maennche told the officer that she was four months pregnant and had recently relapsed due to stress, according to the report. She added that she was on her way to see her son who lives with his father and was just going to use the one last time before the officer intercepted her.

Maennche was then transported to the jail.