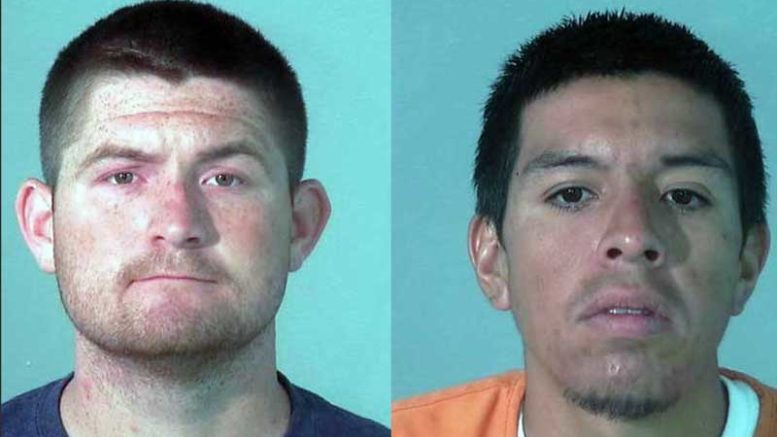 Contributed Photo/Courtesy GCSO: David Blan, left, and Daniel Roybal were caught with stolen firearms and heroin paraphernalia after being pulled over in a traffic stop.

SAFFORD – Two men face charges of firearm and drug violations after being found with stolen weapons and heroin residue during a traffic stop. 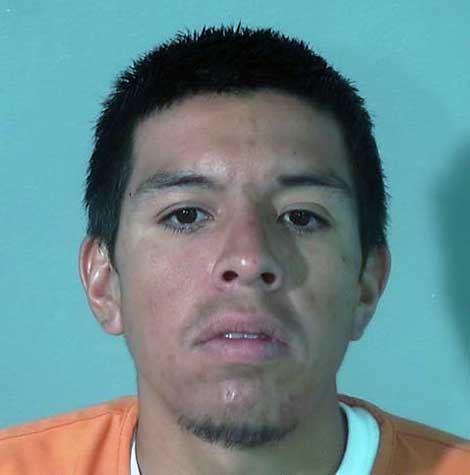 Daniel Roybal, 28, was arrested and booked into the Graham County Jail on charges of misconduct involving weapons (possession of a firearm by a prohibited possessor) and possession of drug paraphernalia. David Blan, 25, was arrested but not booked into the jail due to complaining about chest pains and was instead transported to Mt. Graham Regional Medical Center. After waiting two hours for Blan to be medically cleared, a hospital staff member advised Blan would be there for an extended time due to his previous heart condition. The officer informed Blan that he would be charged with theft of a firearm and possession of drug paraphernalia and that the charges would be sent to the Graham County Attorney’s Office for review.

An officer was watching a residence in the 100 block of 12th Street known for drug offenses when he noticed a tan Chevrolet pickup truck exit from the area at about 12:49 p.m. 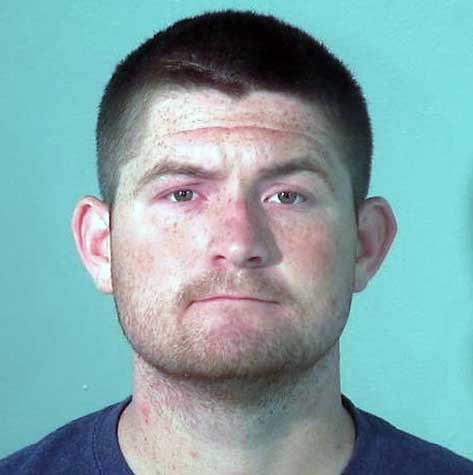 The truck failed to utilize turn signals for turns and to change lanes and had an expired registration tag on its license plate, so the officer initiated a traffic violation stop in the area of Relation Street and 1st Avenue.

During the stop, the officer located two, .22 rifles in the front driver and passenger seats and a .12 shotgun beneath the feet of Blan’s 3-year-old son in the backseat, who appeared to be sleeping, according to a police report. A check on the weapons verified the shotgun as being stolen out of Greenlee County and likely one of the .22 rifles as well. Blan later said he had purchased the shotgun from his uncle for $60 and that he didn’t know it was stolen.

A spoon with burn marks and apparent drug residue along with a used cotton swab was located in the center console between the two men. While both admitted to recent heroin use, neither of them admitted to the drug paraphernalia.