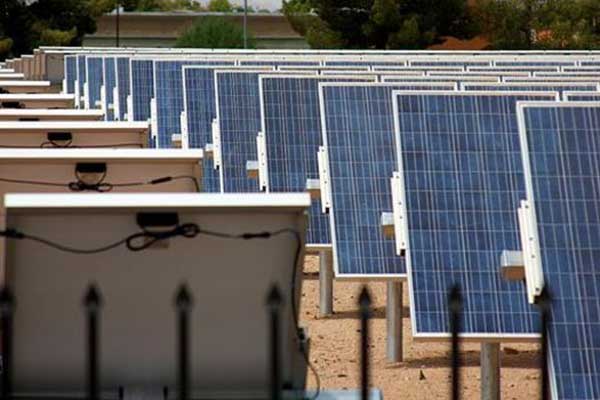 PHOENIX – A new poll shows an overwhelming majority of Arizonans support the growing use of clean and renewable energy in the state.

The survey, from the Arizona Public Interest Research Group Education Fund, found that voters see those issues as important to growing jobs and the Arizona economy.

“In light of new leadership at APS, SRP and the Arizona Corporation Commission, we wanted to get the pulse of Arizonans on energy issues related to our message,” she states.

Brown says the poll found 90 percent of likely Arizona voters believe the growth and use of renewable energy sources, such as solar and wind, should be a priority for the state, while 8 in 10 say it’s important to grow Arizona’s own energy resources, as opposed to importing fossil fuels.

Brown says most Arizonans in the poll said they want assistance for people affected when inefficient energy sources, such as coal-fired generating stations, are replaced.

“More than 8 in 10 Arizonans polled think it is important that the owners of the Navajo Generating Station provide assistance and support, such as job training, to communities that are impacted by the closing of the plant,” she points out.

Brown adds a majority of those polled agree that if the federal government fails to address climate change, state or local governments should step in to address the problem.

“When asked if people are willing to pay a little bit more, or understand that there may be some up-front financial cost, Arizonans continue to recognize the overall value in moving in a cleaner energy direction,” she states.