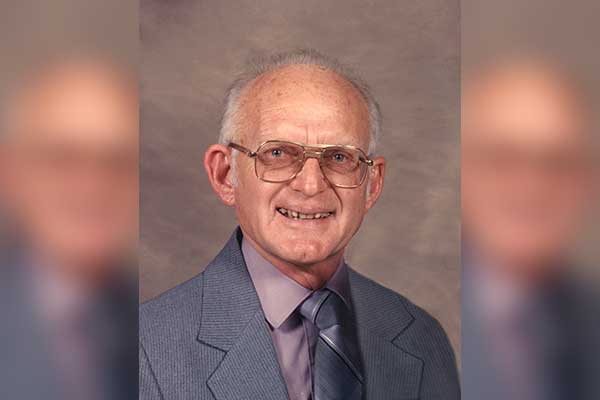 Raymond Frank Wojcik, of Thatcher, entered into the arms of our Lord, Monday, February 11, 2019, at his residence with his family near his side. Ray was 93.

Ray was born in Bisbee, Arizona, on December 13, 1925 to Frank and Marie Wojcik, immigrants from Eastern Europe.  He was the youngest of four children.

Ray graduated from Bisbee High School in 1943 and joined the Navy in 1944.  Upon his discharge, Ray returned home and went to work for Phelps Dodge Corporation Mining Department inspecting underground water pumps.  He later became a machinist.

In 1950, Ray married Helen Smith who had moved to Bisbee from Texas.  They were both avid bowlers and fantastic dancers.  When the mine in Bisbee closed and Phelps Dodge Corporation opened the Hildago Cooper Smelter, Ray and his family moved to Playas, New Mexico.  Upon retirement, they moved to Thatcher, Arizona to enjoy the good life.

Ray was preceded in death by: his wife, Helen and his son, Gary.  He is survived by: his daughter, Susy Walters (Larry); his granddaughters, Danielle Wojcik, Laura Price (Chad) and Lana Ellsworth (Jason); seven great-grandchildren; and many wonderful nieces and nephews.  Ray was deeply loved and will be dearly missed by his family and friends.

A Celebration of Ray’s Life will be conducted Saturday morning, February 16, 2019, at 10:00 a.m., at Vining Funeral Home’s “Chapel of the Valley” by Pastor Barry Speck of The Church of New Beginnings. Concluding services with military honors by the Gila Valley Veterans Honor Guard will follow in the Safford Cemetery.

The family suggests donations in Ray’s honor be made to the charity of your choice.