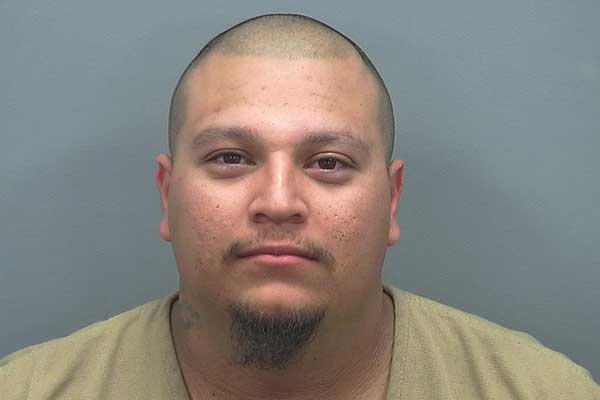 A woman who entered the Bullpen just before closing and tried to prevent her male cousin from dancing with a woman she didn’t like escalated into a fight involving up to 20 people according to the police report.

Law enforcement officers from Safford and Thatcher police departments as well as the Graham County Sheriff’s department responded to the Bullpen just before closing Sunday night in response to the fight. Upon arrival, officers found a man unconscious laying on his back in the parking lot. Lifeline ambulance was called to the scene to treat the man, later identified as Eric Hanson.

Jaysi Romero was apparently upset that her cousin, Frankie, was dancing with a woman she didn’t like and approached the couple to intervene, resulting in an argument between a group of girls. According to the police report the girls started pushing each other. Some guys got involved in the situation, which quickly escalated to arguments between them as well.

The bar’s bouncers were quick to step in and began escorting people out of the bar. During the process, however, an older woman was pushed down, causing her to hit her head. She was later taken to Mount Graham Regional Medical Center for treatment.

More officers were called to the scene to handle the crowd as approximately 30 to 40 people were congregated in the parking lot. While separating people and sorting things out, authorities were notified that the man who had allegedly knocked Eric Hanson unconscious was hiding in a vehicle. Officers found the man hiding on the floorboards of the back seat. The man, identified as Jeremy Gomez, said that Hanson was ‘starting to cause a conflict with him’ so he punched him.

Surveillance video showed Gomez exit the bar from the south main exit and walk north along the east side of the building. He walked over to Hanson and punched him, knocking him to the ground. He then turned and walked away. Hanson regained consciousness as the scene but declined to pursue charges against Gomez.

Bullpen owners Sarah and Eric Henderson requested that the parties involved in the fight be trespassed from the bar. The Hendersons recently purchased the Bullpen. Sarah said that her first investment into the bar was to install cameras to make sure everybody always feels safe. She applauded her staff for the way they handled the situation. She said that her regular customers stayed and were very supportive.

“I’ve been a bartender for 10 years and I’ve created an environment where people can come and feel safe,” Henderson said. “And so when this kind of stuff happens I have zero tolerance for it. The people that were involved in this incident were trespassed. They didn’t even come in and drink that evening. They came in right before we closed and started a fight.”

No charges have been brought against any of the participants of the fight. However, Jeremy Gomez was arrested for an outstanding warrant.