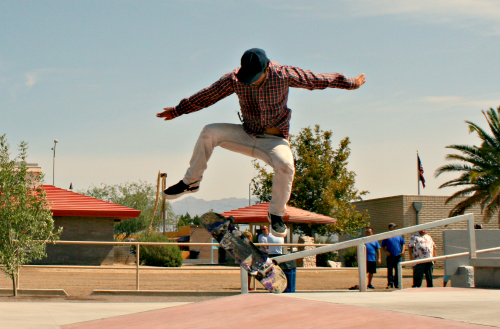 SAFFORD – As so often the case, something that took years to complete by an army of people could be upended by just a few bad apples.

The Safford Police Department has received a few complaints recently about the city’s new skatepark at Firth Park. One of the complaints came from the city itself. 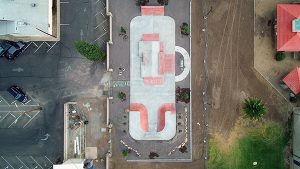 In a police report from Sept. 7, a Safford employee described multiple incidences in which the city’s maintenance crew has been finding damage and littering in the area of the skatepark. The damage includes parts of a block wall on the south side being broken, as well as reported damage to parking blocks and signs in the area.

Officers have also been called to the skatepark multiple times for people disobeying the posted rules, such as smoking at the skatepark, and for juveniles utilizing the facility after its 10 p.m. closure. 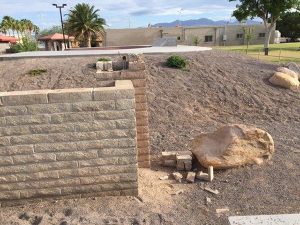 Contributed Photo/Courtesy SPD: Safford maintenance workers say skatepark users are responsible for littering and damage, including breaking off part of a wall.

The Safford Skatepark is the result of a combination of funding from the general public as well as large donors, such as Freeport-McMoran Inc. ($105,000), United Way of Graham County ($25,000), CKC Construction & Materials (which donated the concrete) and a $20,000 in-kind donation from the city of Safford.

The idea for a skatepark in Safford spent more than a decade in limbo until Dr. Catherine Romero approached the Safford City Council with a fresh idea to build one. Romero formed a committee, which helped find the funding, and less than a year later the skatepark was a reality. The facility held its grand opening at the end of July.