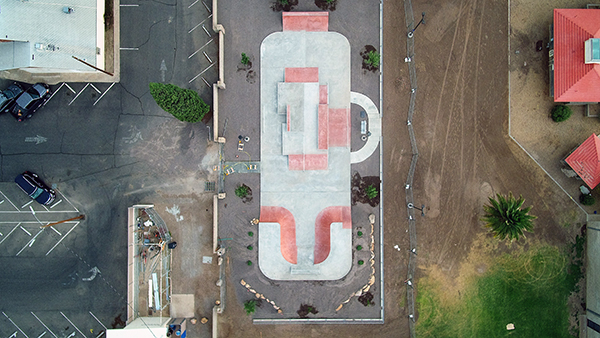 Jon Johnson Photo/Gila Valley Central: Skaters allegedly clashed with a homeless man at Firth Park on Monday to come to the aid of another homeless man.

SAFFORD – Teenage skaters clashed with a homeless man at Firth Park on Monday to come to the aid of another homeless man, they say.

An officer was dispatched to the park at about 6:40 p.m. regarding several people assaulting an older man.

Upon arrival, the officer located Herbert Leach, 50, a homeless man who said he was trying to locate his cell phone and charger he had left on a picnic table when he was punched by a juvenile skater. Leach said he was knocked to the ground and several of the skater’s friends started hitting him. He said he couldn’t describe them because his glasses had been knocked to the ground.

Leach, who some small lacerations on his nose and a scrape on his left arm, was taken by paramedics with Southwest Ambulance for treatment. The officer could not locate any of the other subjects involved in the incident, but did interview a man who was across U.S. Highway 70 who said he saw several subjects assaulting a man on the ground.

The next day, a probation officer supplied the names of three juvenile males who were the subjects who allegedly assaulted Leach at the park the previous night. After receiving permission from parents and guardians to speak to the youths, an officer interviewed two of the juveniles at school and a third at his residence.

In the three separate interviews, all three of the juveniles said they were defending another homeless man and themselves from Leach.

The teens said they were at the Safford Skatepark when Leach began yelling and screaming that someone had stolen his cell phone and charger. They said Leach then accused another homeless man who was sitting at a picnic table of taking his phone and began to choke him. The boys said Leach then slammed the other homeless man’s face into the concrete bench, which caused a laceration by his eye. 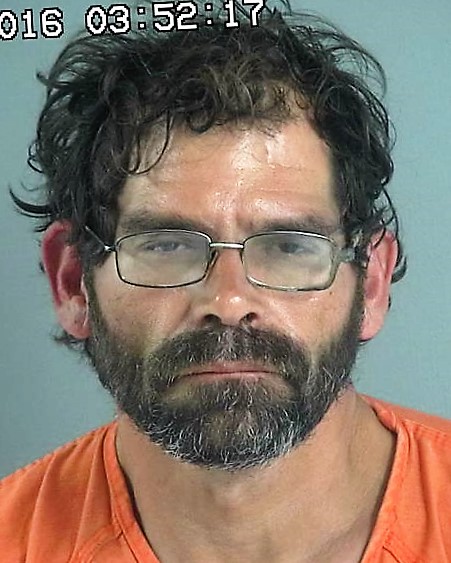 At that point, one of the teens ran over and pushed Leach away from the injured man. The teen said Leach then yelled at him, pushed him and took a swing that didn’t connect. The teen said he fought back and his two friends also joined in to stop Leach from assaulting the juvenile.

After interviewing the boys, the officer went back to Firth Park and located the man Leach allegedly assaulted. The man, who had a cut above his left eye, gave the same story as the boys and said Leach had choked him and hit his head on the table. He declined to press charges against Leach and said the boys were just defending themselves and him from Leach.

Unfortunately, the alleged incident begins to give a pattern to Leach’s actions at the park.

In August, Leach was booked into the Graham County Jail on charges of assault and disorderly conduct after he allegedly struck another person and pushed him to the ground.

In that incident, Leach was reportedly upset after another homeless man repeatedly called him a “chomo”, which is a slang term for a child molester.

The victim in that case ran from Leach to the American Legion seeking assistance and an employee witnessed the assault through a surveillance monitor at the business. 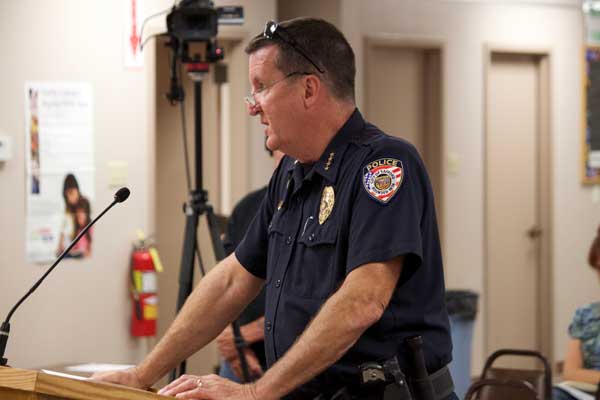 Due, in part, to public outcry over better monitoring of the Safford Skatepark, Safford Police Chief Joe Brugman informed the Safford City Council at its Oct. 10 meeting that surveillance cameras would be installed at the park by the end of the month. Neither of the two police reports documenting the incident mention any surveillance recordings.

After that council meeting, Brugman said his department is committed to keeping the park a safe place for everyone to enjoy.

Voices of the homeless: their stories in their words