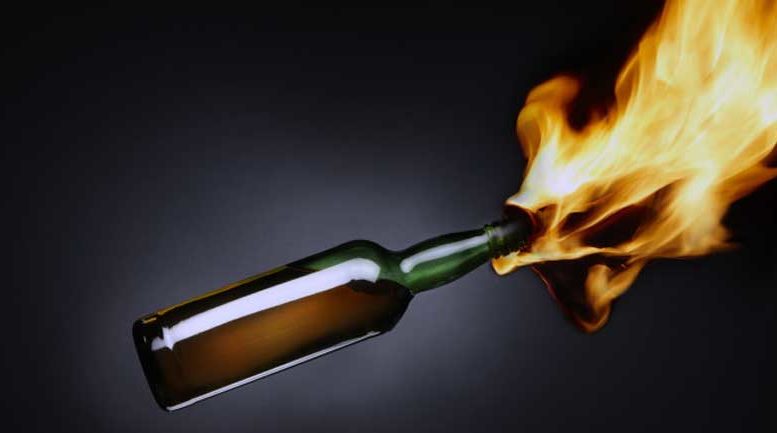 A neighbor and his cousin put out a fire started by a Molotov cocktail early Friday morning.

SAFFORD – A pair of good Samaritans put out flames attacking a neighbor’s SUV and residence early Friday morning after someone reportedly threw a Molotov cocktail at a white GMC Yukon that was parked in the driveway. The owners of the SUV and home were not home at the time of the incident.

Authorities were dispatched to the 1300 block of S. 9th Avenue at about 1:12 a.m. regarding a fire that had been started by a Molotov cocktail. 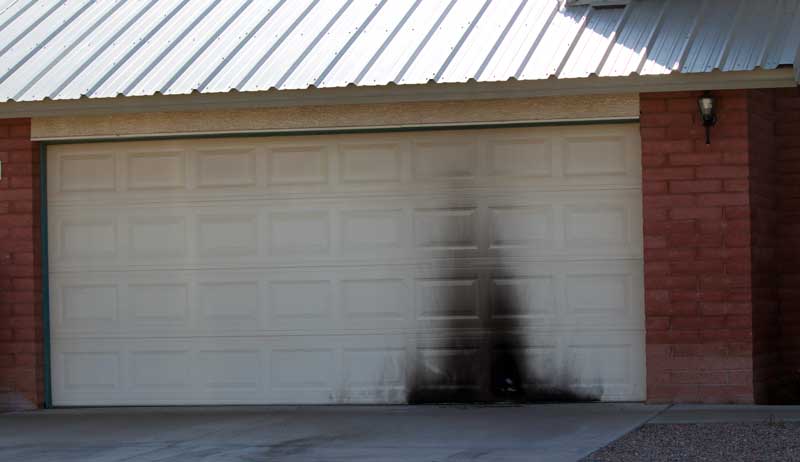 Jon Johnson Photo/Gila Valley Central: A Molotov cocktail was thrown at an SUV parked in front of this garage, catching the vehicle and garage on fire.

A Molotov cocktail is a breakable glass bottle filled with a flammable substance such as gasoline or alcohol, often with some added motor oil and, usually, an ignition source such as a burning cloth wick held in place by a cap or stopper. The wick itself is usually soaked in alcohol or kerosene. Upon lighting the wick, the person throws the bottle at their intended target and when it breaks the liquid fuel and vapor is ignited by the wick, causing an immediate fireball followed by flames spreading among the dispersed liquid fuel.

According to a Safford Police report, the neighbor, Aric Lopez, had his cousin visiting when they noticed a glow from his neighbor’s residence. The cousin said while he was getting ready to leave he noticed a silver SUV drive south from the area and didn’t think anything of it. A short time later, however, he saw the glow from the fire and quickly informed Lopez. The two men then used buckets of water to extinguish the fire. They said it took several attempts to put the fire out and that it initially spread as they dumped the water on it. The men eventually called police after stopping the flames.

At the scene, officers located the Yukon with black smoke stains and fire damage to his passenger tire and fender. The Yukon was parked just outside of a garage, and the garage door also showed black stains from the fire. Police located a broken Starbucks Frappuccino bottle on the ground with a cloth wick sticking out of the cap and noted that there was a strong smell of gasoline in the area. 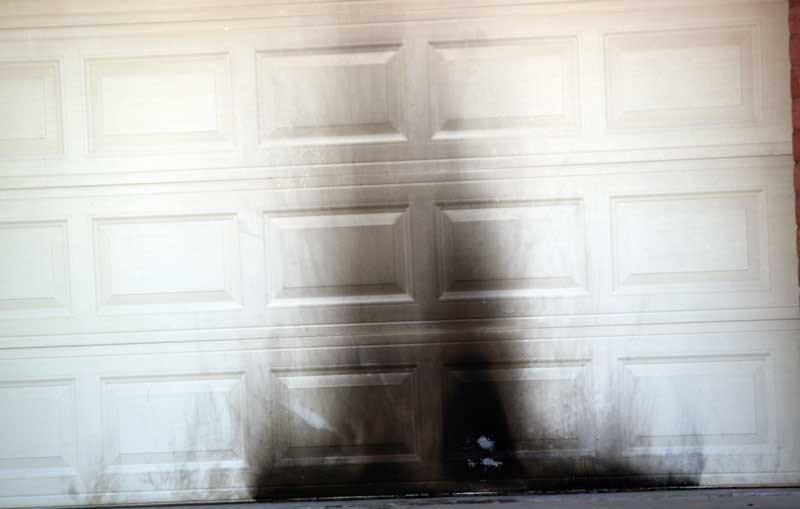 Jon Johnson Photo/Gila Valley Central: This garage door was burned on the outside and its insulation melted on the inside, filling the garage with smoke.

After the first responders cleared the residence, the crime scene was taped off and the incident was turned over to investigators.