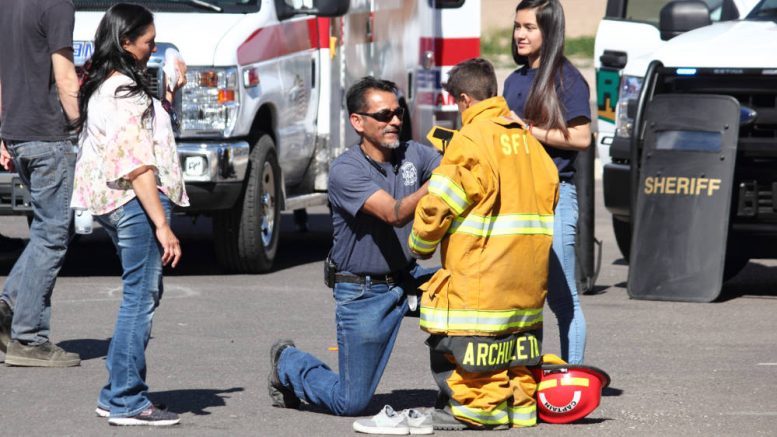 Safford Police Chief Joe Brugman noted that they worked to have a broad cross section of community services present to empower citizens to find solutions for issues as varied as utility billing and mental health needs.

“We try to bring everything into one place to answer those questions for everyone, and also to get a chance to meet everyone,” Brugman said. 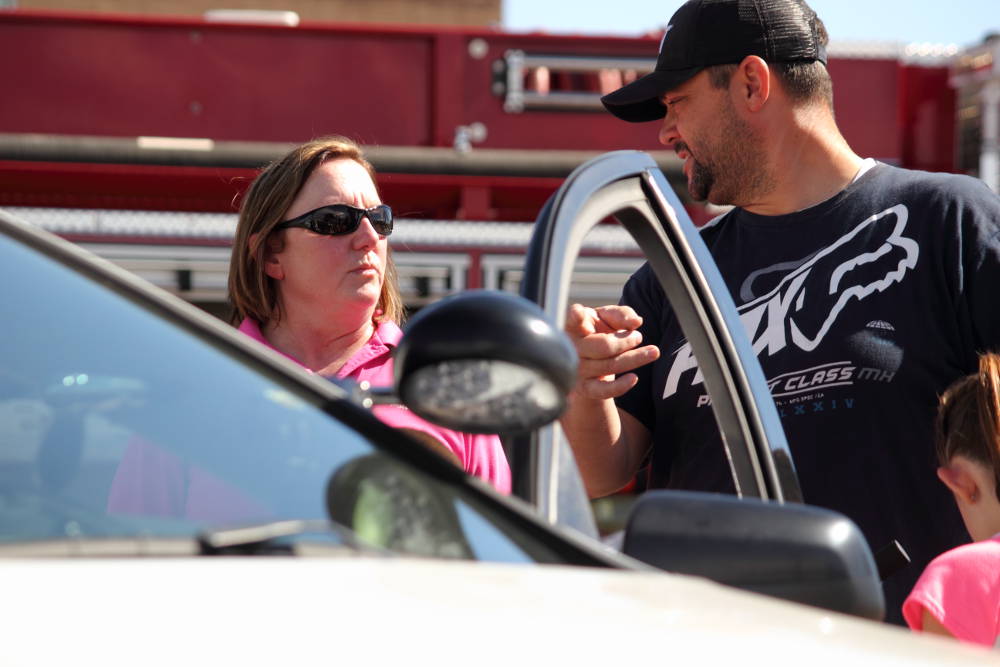 Hosting it at the park was new this year, and O’Neal worked to make sure the event was family friendly.

“There’s plenty of things for kids to do; they can see the firetrucks and the ambulance; they can go play in the park,” O’Neal said. “It lets people also know that we still have a park here in town that they can come to.” 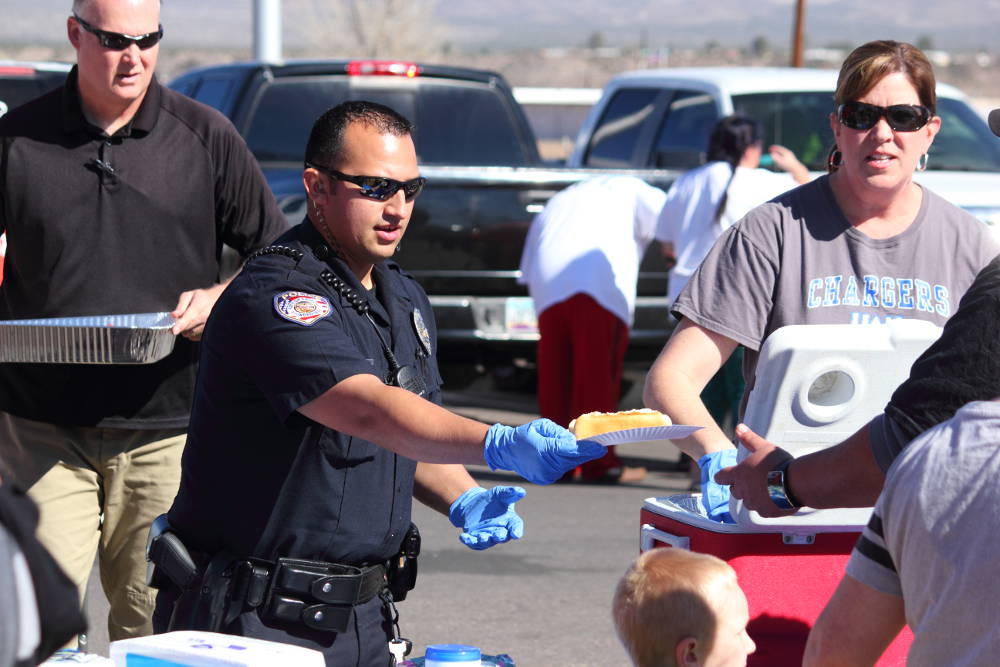 Children climbed into emergency response vehicles and wore a firefighter’s suit. The jail’s Tactical Response Unit brought some of their less-than-lethal weapons, and kids tried on the riot gear. 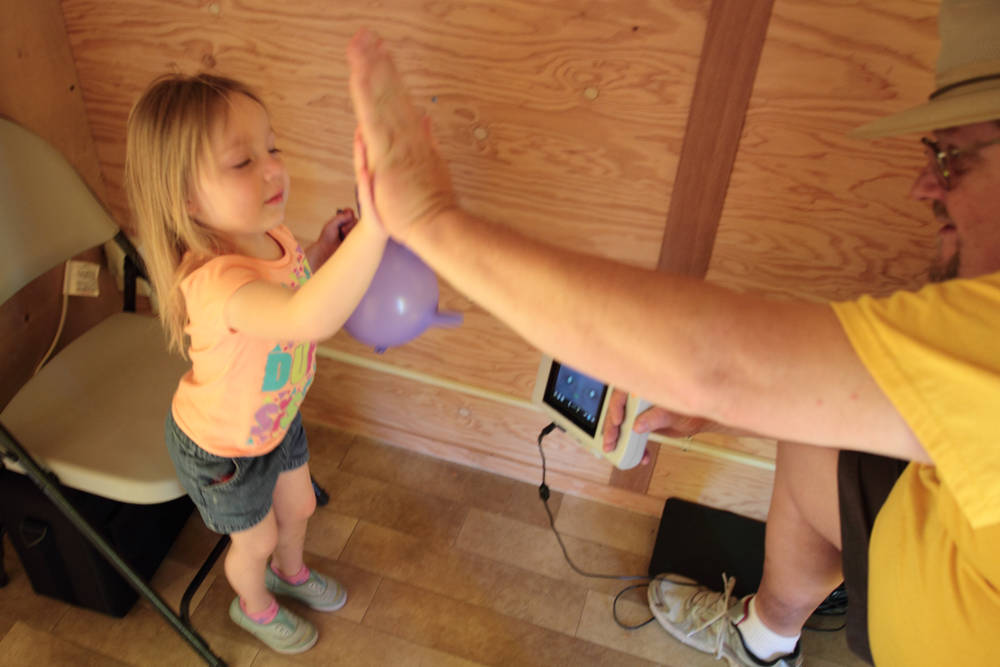 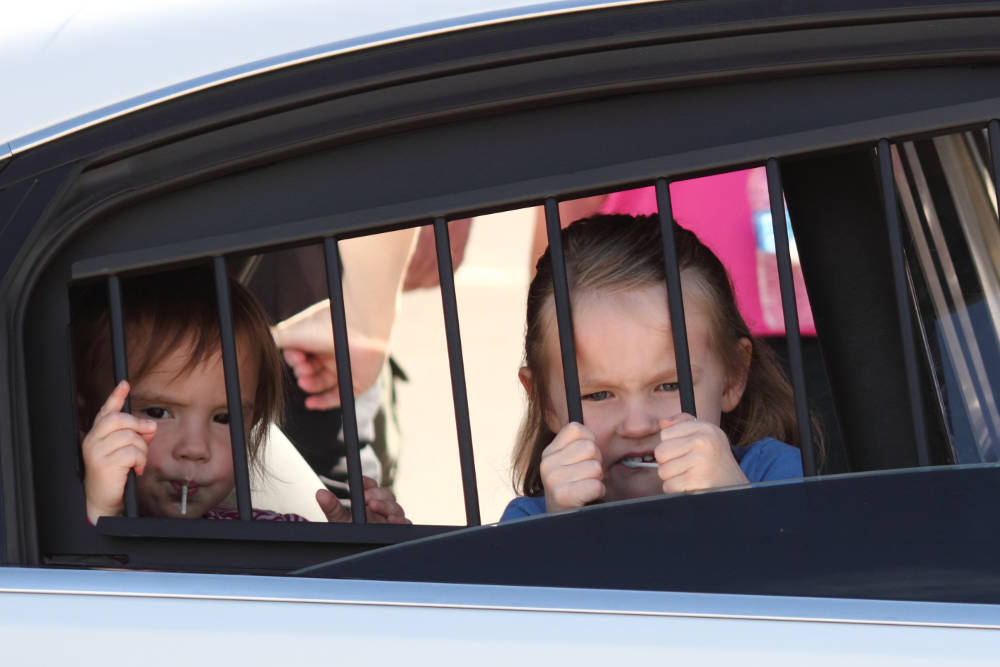 The park was filled with organizations and community members. O’Neal said the vendors were pleased with the turnout, which was higher than last year, in part due to better advertising, which included a preview article with Gila Valley Central. The police department advertised the event to the community, inviting organizations to volunteer to be present. Hot dogs and buns were donated by Walmart, drinks were provided by Coke and Pepsi, and the police department donated the raffle prizes. 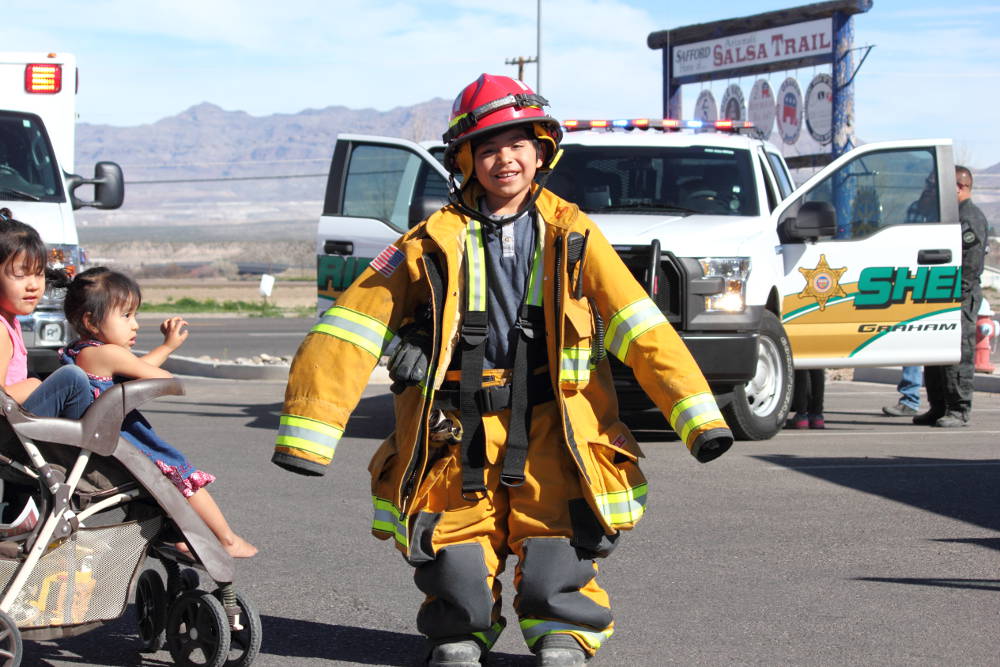 O’Neal said the police department is already thinking about next year. Brugman said the department would host CORE annually as long as the community was willing to attend.