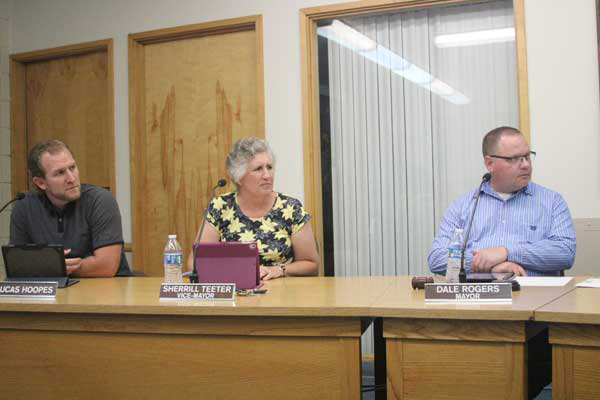 PIMA — A memorial in Pima celebrating the lives of those who died in World War II is moving forward.

“The general idea of the memorial has been laid out by the Baptist Church, and United Way has actually come to the Town of Pima asking how they can help. We just have not had a meeting with them yet,” Teeter said.

Town Manager Vernon Batty said Southwest Gas has also expressed interest in supporting development of the memorial, and community members can help generate funds by purchasing an engraved brick that will be placed in the memorial park walkway.

Teeter said that the five main flag poles — one for each branch of the armed services — have been purchased, with two more flag poles for law enforcement and fire services still pending.

The park will feature a desert landscape, to reduce maintenance and watering costs, and the memorial and park was designed by Pima High School students Hannah Lofgreen and Analicia Sanchez.

Mark Vining, of Vining Funeral Home, is helping the town with securing the materials for the memorial and engraving the fund-raising bricks.

The concept of a memorial was initiated by a Pima resident who donated $10,000 under the condition of anonymity.

Pima lost 27 native sons during World War II. On a per capita basis, that was the greatest loss of life suffered by any city or town in the United States during that conflict.