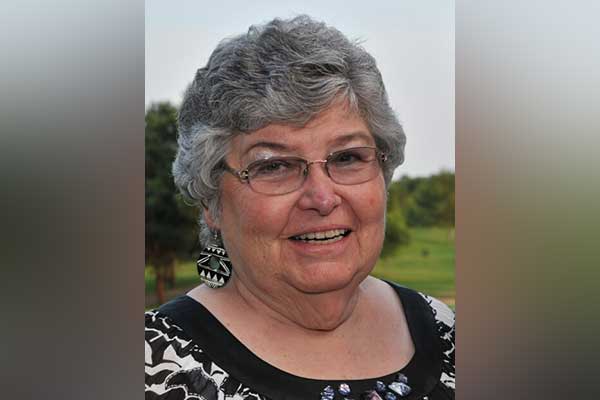 Evelyn Stoxen passed away peacefully on April 30, 2022 in Safford, Arizona, ending a courageous battle with cancer. Evie was born July 11, 1937, on the family farm north of Calio, N.D., to Veronica and Peter Michels. She was the youngest of 13 children and the tiebreaker that gave the girls a 7-6 majority. After graduating from St. Alphonsus High School in Langdon, N.D. Evie studied business in Fargo, N.D.

In 1957, she met Laurel Stoxen at a dance at North Dakota State University. They were married in 1959, and raised six sons together. For many years, Evie and Laurel were the owners and operators of Corner Drug in Rugby, N.D. In 1988, they left cold winters behind and relocated to Safford, Arizona. After Laurel passed away, Evie remained in Safford, where she was involved with the Women’s Club. She was also a very active parishioner at St. Rose of Lima Church, where she served as a member of the parish council and the Catholic Daughters. She also served as a lector and sang in the choir. She was a skilled card player, and she enjoyed playing with numerous bridge groups over the years.

In addition to her husband, Evie was preceded in death by her parents, six brothers, six sisters and one grandson. She is survived by her six sons, David (Jolene), John (Colleen), Paul (Cynthia), Thomas (Anne), Mark and Robert (Amanda), 17 grandchildren and four great-grandchildren.

The Recitation of the Rosary will be held at 10:00 a.m. followed by a Mass of Christian burial to be celebrated Monday, May 9, at 11 a.m. at St. Rose of Lima Church in Safford, with a luncheon to follow in the church social hall. Her ashes will be interred alongside her husband in St. Mary’s Cemetery, Assumption Abbey, Richardton, N.D.

In lieu of flowers, memorials are preferred to the Graham County Library in Safford.

Arrangements are being cared for by McDougal’s Caldwell Funeral Chapel & Gila Valley Crematory.  Online condolences may be extended at www.caldwellfuneralchapel.com.