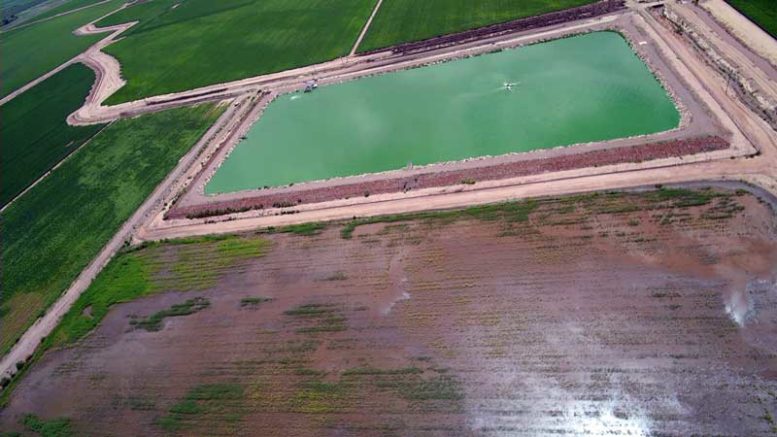 Jon Johnson Photo/Gila Valley Central: Flooding down Ash Creek from the Frye Fire has caused Pima's sewer discharge crop to become flooded and in danger of being killed, resulting in a loss of sewer activity.

PIMA – Sometimes, people take advantage of certain things until those things are gone; like air conditioning during the hot, humid late summer months, or, in this case, being able to flush one’s toilet.

The latter may become a problem for anyone connected to the town of Pima’s sewer system unless the town receives emergency funding to save it from being shut down by flooding caused by runoff from the Frye Fire.

Town Manager Sean Lewis said while Pima previously used emergency funding to clean out Ash Creek through town and save residences from flooding, the work stopped in the area of the town’s sewer pond where the creek is thick with overgrowth, which has caused the sewer pond’s discharge crop to flood on three occasions so far this season. The new Emergency Watershed Protection funding would pay for the same contractor to clear out the weeds and sediment for about a mile stretch all the way down to the Gila River. Previously, the Graham County Board of Supervisors declared a state of emergency for Graham County due to flooding potential caused by the Frye Fire. 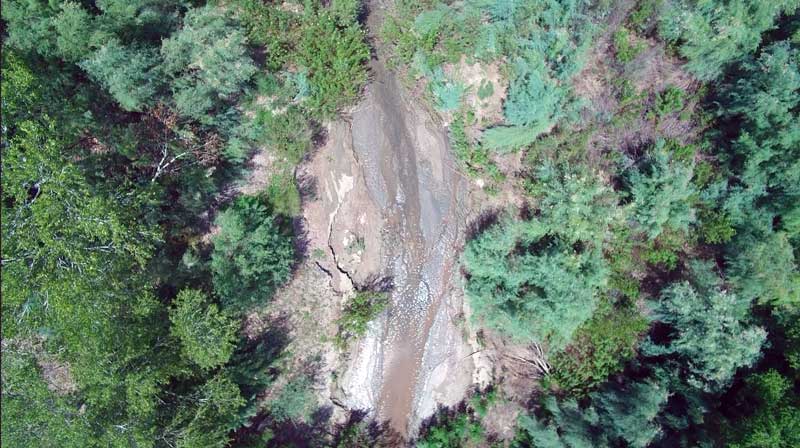 Jon Johnson Photo/Gila Valley Central: Pima is looking for emergency funding to clear out Ash Creek from its sewer discharge area to the Gila River.

“We’ve seen a tremendous increase in the amount of water that comes through Mud Hollow and Ash Creek, along with the debris,” Lewis said.

The overgrowth in Ash Creek just south of the sewer wetland area has caused a blockage of the water from Ash Creek. The creek in that area is full of nuisance weeds and salt cedar.

“The water is hitting that and causing it to overflow into our treatment area,” Lewis said. “Also, when you slow down the water like that and you have the debris in it, it stops the sediment, and it stops the branches coming down, and it stops everything else. So, your small plug has now become a big plug and the sediment left behind becomes more and more, which changes the elevation and slows down the water even more. So, it’s a big chain reaction that’s all caused by weeds in the canal.”

Pima uses a live crop to discharge its sewage, creating a wetland area growing Sudan grass that allows the sewage to be treated through the plants and evaporation in a natural way. Thatcher uses the same type of treatment, while Safford has a wastewater treatment facility which treats the water and then uses the effluent in a variety of ways, including watering its golf course.

“We haven’t had any sewer in that area while it’s overflowed onto it so we’ve been good there, but if we lose those plants then we’re going to have to scramble and get something else in the ground because we have to have our raw sewage onto a living crop,” Lewis said. 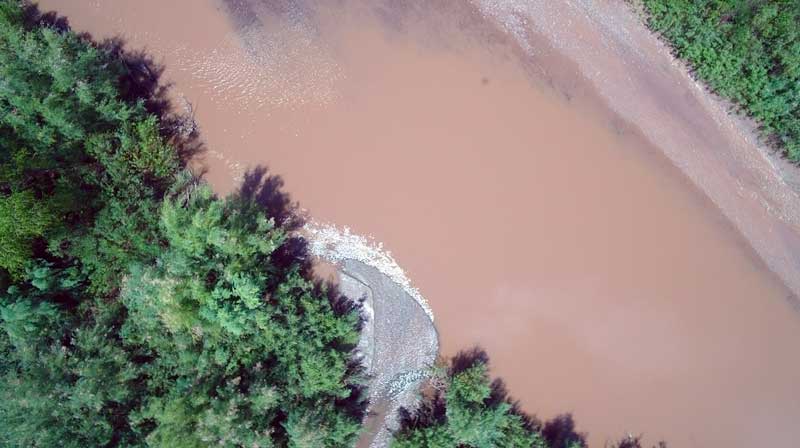 Jon Johnson Photo/Gila Valley Central: Pima is looking to clear out Ash Creek the entire mile length from its sewer operations to the Gila River.

If the town is approved for the funding and permits, it will have 10 days to perform the work. The contractor is finishing up the first phase that was previously approved and is set to start the second phase whenever he gets the green light.

“I feel really good about it,” Lewis said. “It seems to me that the timing of it will work out pretty good.”

The town of Pima is utilizing aerial footage taken by Gila Valley Central of the area to show the various government agencies the issue and what plants are in the area that needs to be removed as part of its request for emergency funding.