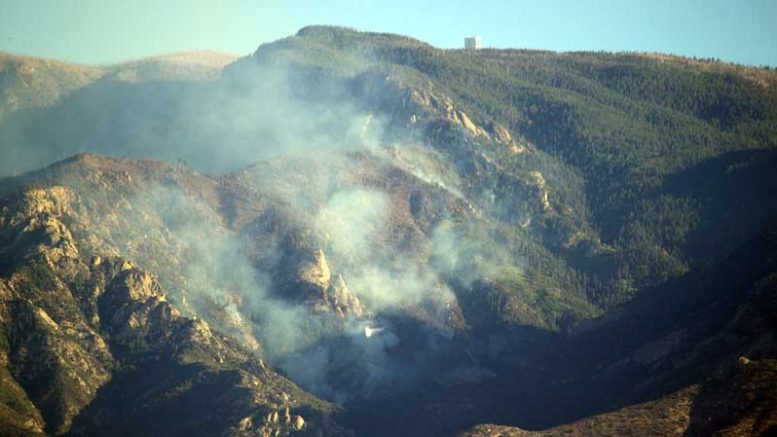 Jon Johnson Photo/Gila Valley Central: The Frye Fire is expected to make downslope runs today. It was listed at roughly 800 acres with 14 percent containment as of Thursday morning.

MOUNT GRAHAM – The Frye Fire has grown to roughly 800 acres but listed a 14 percent containment Thursday morning. The listing is the first posted containment of the fire, which is set to have terrain driven runs down through Ash and Frye Creek drainages.

Jon Johnson/Photo Gila Valley Central: This picture shows the eastern and western fronts of the fire.

The fire has prompted the closure of the top of Mount Graham, starting where the pavement of Highway 366 ends just past the Shannon Campground.

The fire, which was started by lightning Wednesday, June 7 at about 2:45 p.m., has been burning in the burn scar of the 2004 Nuttall Complex blaze. Firefighters have been using an indirect strategy to confine the fire within the scar, including rebuilding previous fire lines. Recently, a heavy duty helicopter has been making air drops of water it has been retrieving out of Riggs Lake and Frye Mesa Reservoir. However, Gila/Las Cruces Type 3 Management Team Public Information Officer Nick Smokovich said the water is only checking the spread of the fire and will not halt it. The area is extremely hazardous for the insertion of personnel, with numerous downed logs, standing dead trees and other obstacles in rough terrain. 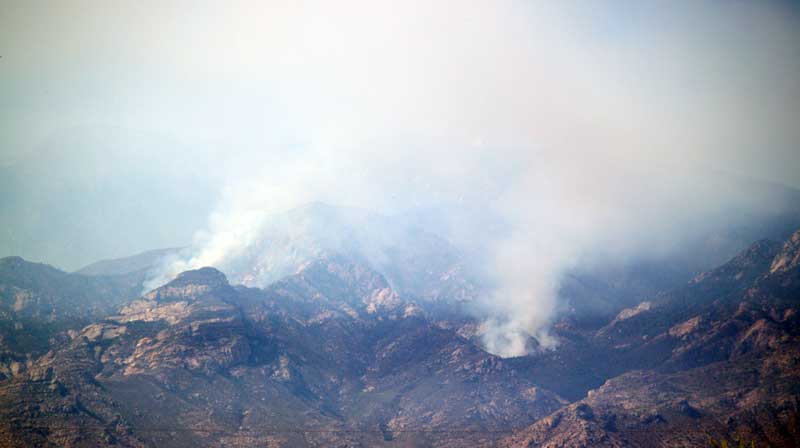 With the hot and dry conditions and gusty winds in the forecast, fire officials are advising a possible downslope spread of the fire into Frye Canyon on Thursday.

A community meeting will be held at the Graham County Services Building at 921 W. Thatcher Blvd. on Friday, June 16 at 7 p.m. to inform the public about the fire. 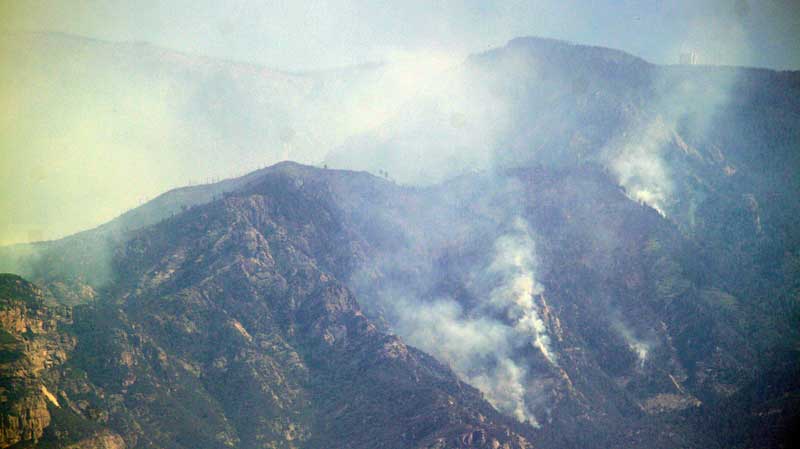 Jon Johnson Photo/Gila Valley Central: The Frye Fire has times when it is extremely smoky in the immediate vicinity.