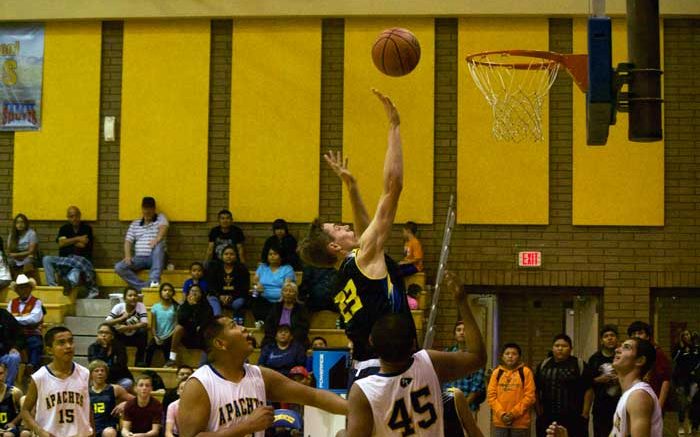 FORT THOMAS – The Fort Thomas Apaches started out strong and had good crowd support at Jerry W. Hancock Gym, but they were overmatched by the visiting Pima Roughriders.

The Roughriders overpowered the Apaches with stifling defense that led to fast break points on their way to a 78-32 victory Tuesday night. The game opened the season for both teams.

“The focus of our team is defense,” Pima head coach Cliff Thompson said. “We want to play the best defense we can and try to be relentless. Regardless of who is on the floor for us, we want to play really solid defense, and I feel like we did that tonight.” 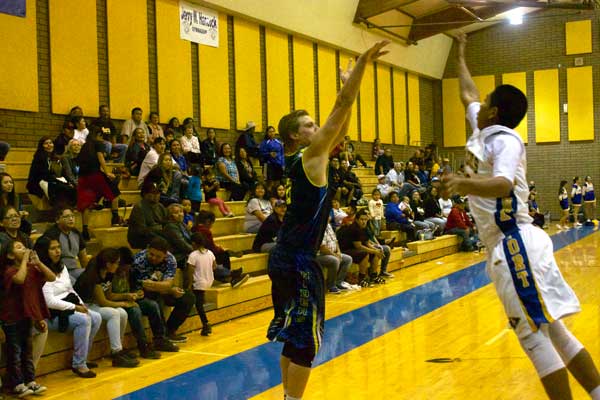 Fort Thomas kept it close early, scoring inside and outside to be down just four points, 12-8, with about three minutes to play in the first period. Pima shook off the rust, however, and closed the period up 18-10.

“We turned up our defense a little bit and we were able to go on a run,” Thompson said. “Our defense fuels our offense.”

Pima’s defense held Fort Thomas to just seven points in the second period as the Roughriders scored 20 behind eight points from Jarrett Kartchner and six points via two long bomb three pointers off the hands of Alex Pruszynski. Pima went into the locker room leading 38-17. 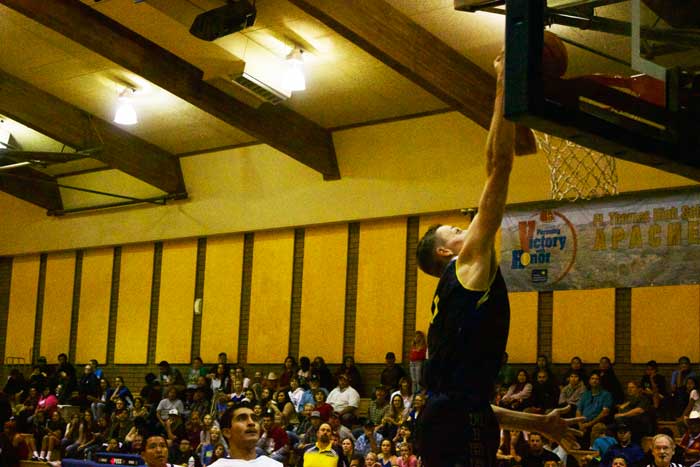 “We like to run, and so we’re trying to get that mentality (of) we want to push the ball, and I think we did that tonight,” Thompson said. 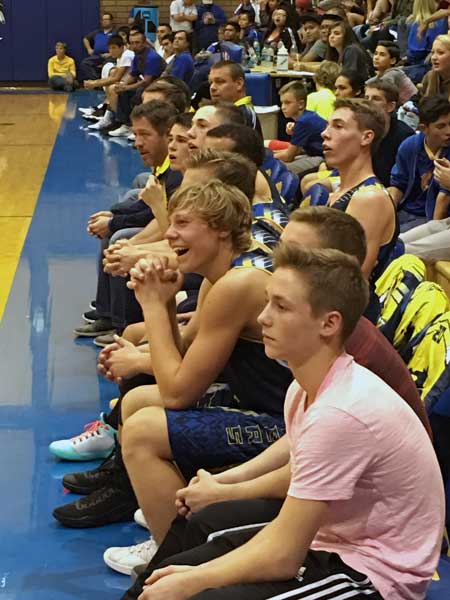 Jon Johnson Photo/Gila Valley Central: Pima’s starters cheer on their backups while watching the fourth period from the bench.

Fort Thomas was led by point guard Manny Carrizoza, who broke some ankles with some fancy moves to finish with 13 points, but nobody else even came close to double figures as the next highest scorers tied with four points each.

“We played very hard,” guard Tre Thomas said. “We played good defense and kept the team energy up. The bench was going and all that. We’re just ready for the next game.”

Up comfortably 58-29 at the end of the third period, Pima rested four of its starters for the rest of the game.

Pima’s bench then showed what it was made of by scoring 21 points in the period while limiting Fort Thomas to just three, which was the highest scoring period for Pima and the lowest for Fort Thomas.

After the Thanksgiving holiday weekend, Pima will have three games in three nights starting with a home game against Miami on Tuesday, Nov. 29, followed by away games at San Carlos on Wednesday, Nov. 30 and Willcox on Thursday, Dec. 1.