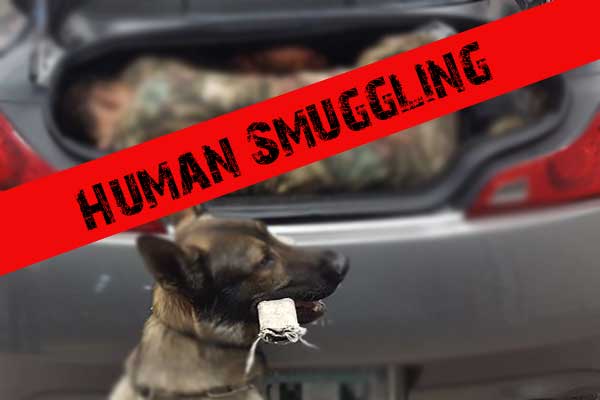 Agents working the primary inspection lane referred the driver of a silver sedan for a secondary inspection after a Border Patrol canine alerted to an odor it is trained to detect. When agents opened the vehicle’s trunk, they discovered two men inside, ages 25 and 29.

The vehicle was seized, and the driver arrested for human smuggling.  The Mexican nationals were processed for immigration violations.

A similar incident happened approximately a week prior when Willcox Border Patrol agents arrested two Tempe men for attempting to smuggle two Mexican nationals through the State Route 80 Immigration checkpoint. Agents seized the vehicle and arrested the 27-year-old driver and 30-year-old passenger for human smuggling. The Mexican nationals were processed for immigration violations.

Border Patrol officials warn that riding in the trunk of a car is dangerous due to the possibilities of carbon monoxide poisoning and the risk of serious injury or death from a vehicle collision.