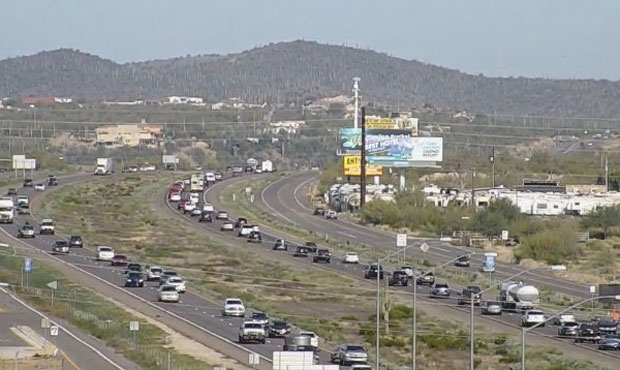 PHOENIX – A report from the Department of Public Safety finds that the number of DUI arrests were up this year but also there were no traffic deaths throughout the state.

The total number of DUI arrests rose this year over the Thanksgiving Day weekend. According to the Arizona Governor’s Office of Highway Safety, 420 DUI arrests were made over the four-day weekend. That is up from 377 in 2017 and 333 in 2016.

The average known Blood Alcohol Level was also up among those that were arrested for DUI, with a .158 average. In 2017 it was .141.

Speed citations were also on the rise with 3,372 citations given out.

These numbers were compiled by 2,963 participating officers and deputies around the state.

The good news; DPS reported there were no deadly crashes on state highways from Wednesday through Sunday.

Arizona Department of Public Safety Director, Col. Frank Milstead, tweeted about the good news along with his thanks to Arizona drivers: 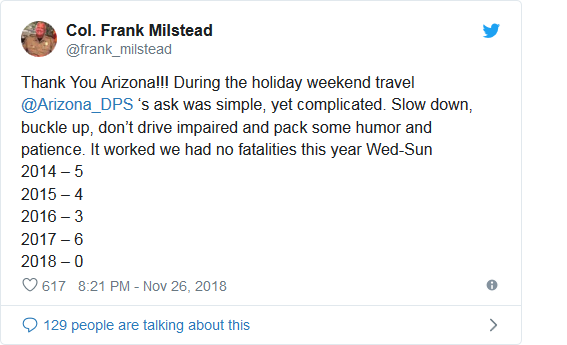