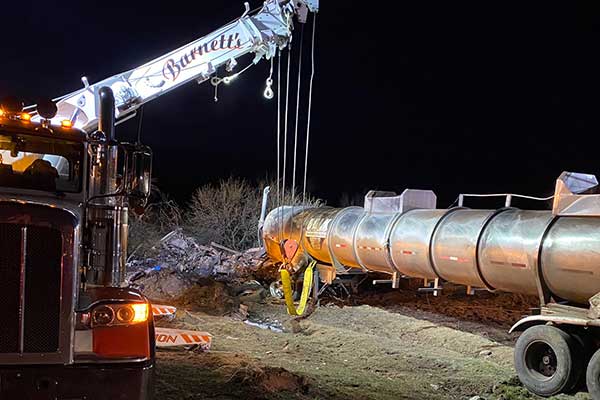 A fatal head-on collision occurred Saturday night on Highway 70 between Fort Thomas and Bylas. Three people were reportedly killed in the collision, which occurred at approximately 10:00 p.m. Saturday night.

According to DPS, a Pontiac sedan with three occupants was traveling eastbound when the driver crossed over the yellow line and collided head-on with a semi carrying sulfuric acid. One passenger in the Pontiac was ejected. Both vehicles caught fire and the semi rolled onto its side. The driver of the semi, who was from Globe could not get out of the cab and perished in the fire.