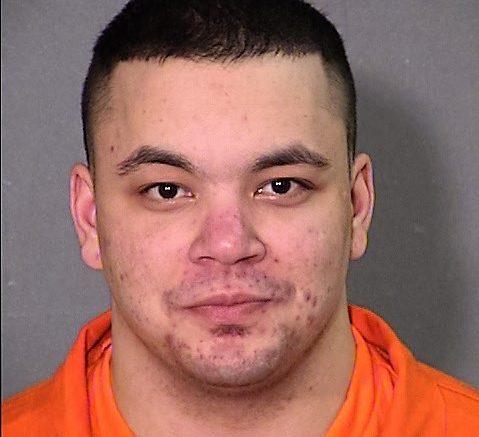 Photo Courtesy ADOC: Jeffrey Allen Nothacker was sentenced June 27 to 50 years in prison for brutalizing a woman and her juvenile daughter.

SAFFORD – Jeffrey Allen Nothacker, 26, of Alaska and Virginia, was sentenced June 27 to a maximum term of 50 years in prison after he pleaded no contest to a variety of charges related to the brutalization of his then girlfriend and her 12-year-old daughter.

An 11th hour deal was struck between Nothacker’s attorney, Rebecca Johnson, and Graham County Chief Deputy County Attorney L. Scott Bennett, which avoided a lengthy and costly trial. Instead, Nothacker appeared in front of Graham County Superior Court Judge Michael D. Peterson and admitted to 10 felony charges, including sexual conduct with a minor under the age of 15 and kidnapping – Class-2 felonies – five counts of attempted sexual conduct with a minor, aggravated assault/domestic violence and theft of means of transportation – Class-3 felonies – and child abuse/domestic violence – a Class-4 felony.

“Our primary concern was not only the protection of the community but also making every effort to protect the victims in this case from being forced to endure the stress and pain of a trial and cross examination,” Bennett said. “After consulting with the victims, we formally extended a 50-year offer.”

In accordance with the plea agreement, Judge Peterson sentenced Nothacker to aggravated terms of 27 years of flat time on the sexual conduct with a minor under the age of 15 charge and 23 years for kidnapping. With early release of one day for every seven served available on the kidnapping charge and credit for 297 days of pretrial incarceration, Nothacker will be eligible for parole March 17, 2062, when he will be 72 years old. Upon his release from prison, Nothacker will be placed on lifetime supervised sexual offender probation.

“By forcing the defendant to spend five decades in prison and then guaranteeing the potential of nearly 100 additional years should he ever violate his probation, we feel that we have not only protected the victims from being forced to publicly relive this horrific crime, but successfully protected the people of Graham County from this dangerous criminal,” Bennett said.

Nothacker’s charges stem from an incident at the victims’ residence in the 2100 block of S. Nelson Drive east of Safford. The event spanned the evening of Sept. 21, 2015 and into the early morning hours of Sept. 22, 2015.

According to Graham County Sheriff’s Office reports, the mother returned home from work to find Nothacker had abused her daughter. The suspect then refused to allow the victims to leave and injured the mother with a knife before making her watch as he repeatedly sexually assaulted her daughter in the bathroom.

The mother fought with Nothacker and injured him with a shower head and screwdriver. He then fled the residence and stole her car. The car was found later that same day abandoned on Highway 78 in New Mexico, roughly four miles east of the Arizona border in the Mule Creek area.