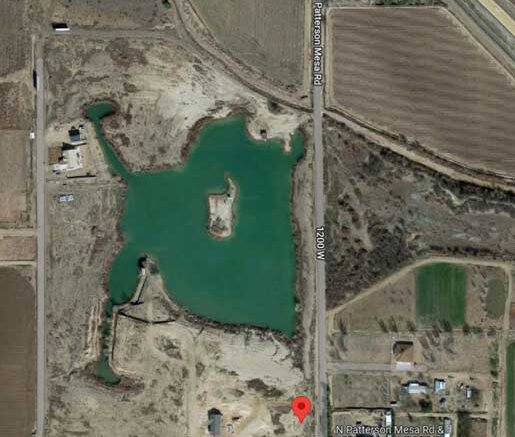 The area west of Patterson Mesa Road and north of 400 North in Pima where a new 40-home subdivision is proposed. - Contributed Photo/Google Maps

PIMA — The Pima Town Council gave the thumbs-up to start work on a new 40-home subdivision, although the approval was not unanimous.

The council voted 4-1 Tuesday to approve a development proposed by developer Craig Bloomfield, in the area west of Patterson Mesa Road and north of 400 North.  Without comment Councilman Brian Paull cast the dissenting vote.

Bloomfield brought his proposal before the council in April, but the council delayed action until May due to concerns whether the unimproved road that connects the proposed subdivision could handle the increase in traffic the development will bring, as well as rumor of Discovery Plus Academy expanding to high school next year, which will also increase traffic in the area.

During Monday’s meeting, Bloomfield read a text he said he received from Deanna Williams, principal of DPA, which said that the school will not be expanding greater than its current service levels.

The lots will run three-quarter to full acre in size.

“It’s my intent to make this a nice, beautiful subdivision. I think most people here would love to live in a neighborhood like that,” Bloomfield said.

Heath Brown informed the council that the development at full build-out will result in increased revenue to the town in the form of more state-shared revenue due to increased population, as well as taxes and fees from construction, and increased property tax collection.

He also said that Bloomfield has proposed spending about $100,000 in improving the base of the unimproved road, and Brown recommended the town contract with Graham County to double chip seal the road in order to handle the increased traffic load.