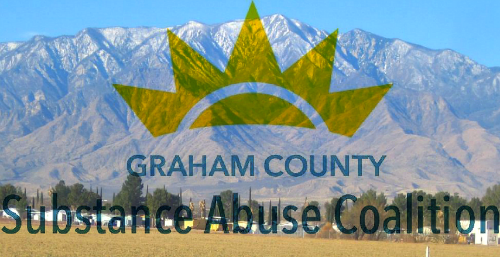 SAFFORD – The disease of addiction is a fight many undertake alone. Now they have one more place to go to for help.

Chris Taylor, newly elected member of the Safford City Council and executive director of Desert Eagle Addiction Recovery, is the chairman of the recovery committee. He told Gila Valley Central that the concept of a recovery subcommittee had been on his mind for a while now.

“The idea for a commission focused solely on addiction recovery has been on my mind since I founded Desert Eagle Addiction Recovery in September of 2014,” Taylor said. ” When I began my campaign for the Safford City Council earlier this year, I promised to bring something like that to fruition. Even before I was elected, things started to fall into place perfectly when we began organizing the “Breaking the Silence” town hall event with the help of a group put together by Mariah Hile of the Chandler Valley Hope organization.”

“One of the biggest barriers standing in the way of individuals suffering from addiction is the negative stigma associated with the disease,” Taylor said. “Many people suffer in silence for fear of being shamed publicly. Family members also suffer because it is a disease that literally kills the family. They, too, are afraid to seek help because the shame can be too much to bear.”

Taylor told Gila Valley Central that there is an overwhelming amount of scientific studies that define addiction as a disease no different than cancer or diabetes. He likened the medical realization of the dangers of cigarettes to that of the addiction situation.

“We hope to add to the success of the town hall event and continue to influence those whose hearts are hardened toward individuals suffering from addiction,” he said. “It’s kind of like when the surgeon general released the first warnings that cigarettes were deadly. So many people scoffed at that and continued to deny scientific data and the opinion of experts. It wasn’t until decades later that the majority of people believed that cigarettes were harmful and even deadly. We see that same type of stubbornness with this issue. Despite the overwhelming evidence that addiction is actually a disease and not a moral failing, the majority of people continue to ignore that and we hope to persuade them to think otherwise.”

Taylor said that another obstacle in the road to recovery in the Gila Valley is the lack of recovery options and organizations. He also said that the receptiveness of the community is a large factor in deciding where to branch out within the organization.

“We hope to make Graham County a place that is undeniably ready for hope and change,” Taylor said.

The new recovery committee will be meeting every second Thursday at noon at the Southeastern Arizona Behavior Health Services, (SEABHS) building at 1615 S. 1st Ave. If anyone is interested in contacting, contributing or being a part of the subcommittee contact Subcommittee Chairman Chris Taylor atr 928-322-9787 or email him at Chris.Taylor@DesertEagleAddictionRecovery.com or contact Graham County Substance Abuse Coalition Director Kathy Grimes at 928-322-1747 or email her at GrahamSubstanceAbuseCoalition@gmail.com.