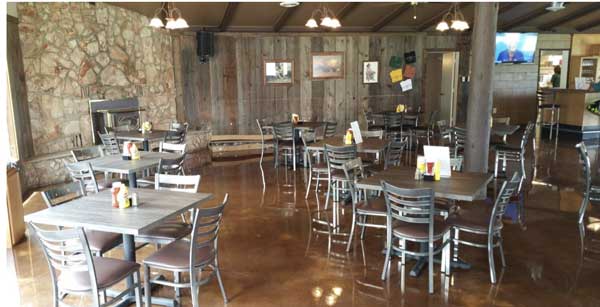 Contributed Photo: The Double R Grille, Bar & Patio will celebrate its grand opening Friday, Oct. 21, from 5 to 10 p.m. with food and drink specials and a free concert. 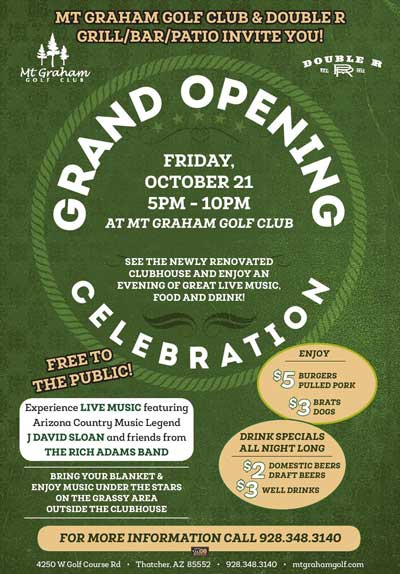 The event will be held Friday, Oct. 21 from 5 to 10 p.m. The public is invited to check out the new restaurant for themselves and enjoy drink and food specials, such as $5 hamburgers and pulled pork and $3 hot dogs and bratwursts, all night long. Domestic and draft beer will be sold for $2 and well drinks are advertised at $3 for the event.

Make sure to bring a blanket if you go to lay out on the grassy area outside the clubhouse as Arizona Country music legend J. David Sloan will be performing with some of his friends from The Rich Adams Band. The concert is free to the public.

The course and the attitude of its patrons appeared to have taken a 180-degree turn since Springbok Development LLC was bought out of its contract and Safford awarded an operational contract to OB Sports, which is based out of Scottsdale.

Springbok originally signed a 50-year lease April 26 ,2010, and stated it would build a master-planned community and increase the course and amenities. The city paid Springbok CEO Jeffery Holt a subsidy of roughly $200,000 per year to run the course, but after the subsidy ended in October, 2015, Holt approached the city seeking a buyout. The city eventually paid Holt $97,177 for personal property, equipment and the course’s liquor license and took back control of the course.

After initially helping the course get back on its feet, OB Sports was given a three-year management contract May 10. The contract pays OB Sports a yearly fee of $42,000 to manage all of the course’s operations, including employees, facility maintenance and agronomical practices, marketing, membership sales, golf shop and restaurant.

Since taking over management of the course, OB Sports has updated the course’s irrigation system, upgraded the golf cart fleet with 30 new, reliable carts and has increased the staff.

“This has been a true overhaul of the department, and the results have been staggering,” Luke Beardmore, OB Sports Senior Vice President of Agronomy, said. “We couldn’t be more pleased with the improvements to the golf course, and we are just getting started.”

The Double R Grille, Bar & Patio has undergone a complete renovation since Springbok ran the restaurant and has been open for a little more than a month. The restaurant is open seven days a week from 10 a.m to 6 p.m., with lunch service from 11 a.m. to 3 p.m. Patrons can enjoy a relaxed atmosphere as they sip a beverage of their choice or much on its variety of sandwiches or salads while watching a game on one of its big-screen televisions. 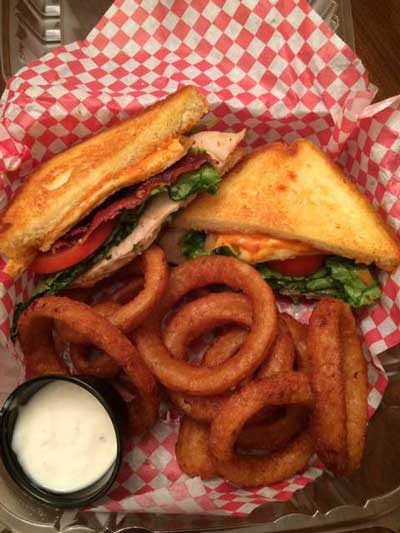 Photo By Joni Spoon-Kennedy: This turkey, green chili and bacon melt is one of a variety of sandwiches available at the new golf course restaurant.

OB Sports touts The Double R Grille, Bar & Patio at Mt. Graham Golf Club as “the new place to be” in the Gila Valley.

“Mt. Graham Golf Club is making a renaissance of sorts, and we’ve already heard and seen such a positive reaction to the changes made,” Phil Green, Chief Operating Officer and Principal of OB Sports, said. “I’m especially proud of these projects as a Safford native. OB Sports wanted to ‘Make Mt. Graham great again,’ and I believe we have taken the necessary steps to begin that journey.”

The agreement states Safford will provide effluent water from its water treatment facility for use at the golf course as well as potable water. It will also commit up to $200,000 annually toward the operating cost. Thatcher will provide sewer and trash services and commit up to $60,000 annually toward the cost of electricity and natural gas consumption at the course. The town will also rebate all sales taxes collected from the pro shop and restaurant operations.