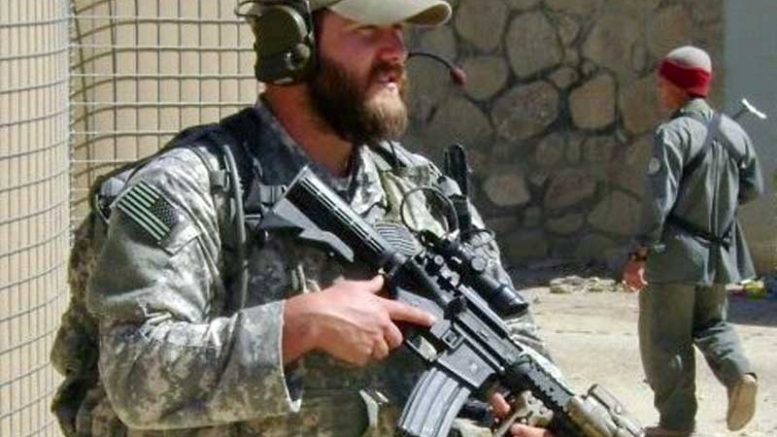 Part one: Learning to battle the addiction

SAFFORD – “Here’s some Oxycontin for the pain,” the Veteran’s Affairs doctor told Chris Taylor when he returned from combat in Afghanistan. Although Taylor was seeking treatment for physical pain, narcotics became a way to treat emotional pain. What began as treatment would turn into a worse battle than Taylor ever saw on the battlefield, but would enable Taylor to emerge as not merely a combat veteran, but as a civic hero and leader.

Taylor grew up admiring his grandfather, Dick Bingham, who served 32 years as a Safford firefighter and fire chief. In his teens, Taylor was an active member of the Church of Jesus Christ of Latter-day Saints, became an Eagle Scout, and developed into a strong high school athlete playing football and basketball. Although he knew people who experimented with drugs, he avoided that life. 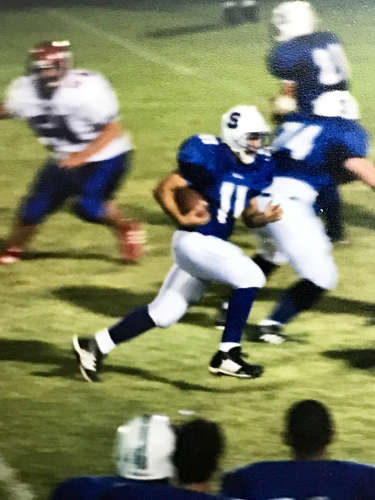 In his junior year, he took a brutal football tackle, suffering a serious back injury. As his father rushed him to the hospital, the bumping car sent stabbing pain through his body, causing him to repeatedly lose consciousness.

“There’s going to be a little prick,” said the emergency room nurse. Morphine was Taylor’s first narcotic experience. “Almost instantly, it was like this comforting feeling, this warm rush came over me. I had the worst pain one second, and the best feeling I had ever felt in my life the next,” Taylor recalls. He was hospitalized three days, followed by months of physical therapy.

Six months later, Taylor and some friends were at Sonic, where someone was selling Oxycontin. His friends told him that it was like morphine, except in pill form, and that it had to be safe because doctors prescribed it. He liked it, and became an occasional Oxycontin user.

Oxycontin is a semisynthetic opioid narcotic prescription drug made partly from the opium poppy. The same plant that morphine and heroin is derived from.

In his senior year, Taylor was a starting tailback, an important position that dominated Taylor’s life. In the first scrimmage of the season, Taylor seriously injured his ankle, and instead of losing his starting spot on the team, Taylor began regularly using Oxycontin to treat the post-game pain. Taylor did not realize it, but he built a tolerance to the drug. As he did so, his Friday night habit turned into a necessity after every practice session, and he needed more to achieve the same effect.

Triple tragedy struck in April 2004, right before his 18th birthday and his high school graduation. A week-and-a-half before his birthday, his grandmother suddenly died at 69. Then, on his birthday, two friends, also seniors, died in a car accident. Taylor was traumatized. “That’s when I started using opiates to mask the emotional pain,” he said.

Without high school sports, Taylor floundered in his first two years as an adult. He took a few college classes and worked a little. He also started using Oxycontin daily.

In 2006, one of Taylor’s close friends died while serving his last mission in Iraq as a Marine. Instead of coming home to his wife and baby, he was killed in action. His friend’s sacrifice inspired Taylor to quit Oxycontin. After six months of being clean, Taylor joined the Army, just in time for the surge, the point of highest American military involvement in the Middle East.

Taylor thrived in the military environment, which provided camaraderie, structure, and goals that he missed from football. Taylor was deployed in January 2009, and spent his first night in Afghanistan watching President Obama’s first inauguration.

Taylor was a Psychological Operations Specialist, part of a three man group that worked with a Special Forces team. He lived close to villagers in towns the size of Safford.

“We would get to know the villagers, and see where we could help,” he said.  “The main mission we had was to train the Afghan soldiers so that they could defend their own country against the Taliban.”

Taylor’s team worked to legitimize the democratically elected government and taught the local leaders how to provide defense and civic necessities. 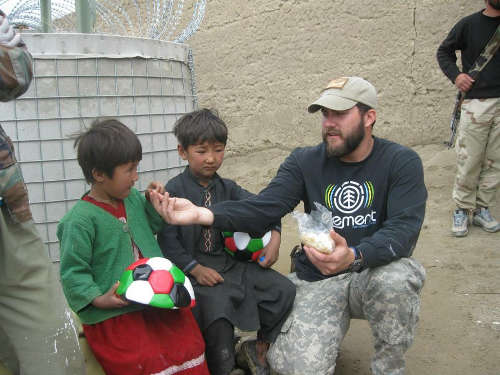 Taylor’s team worked back-to-back missions, switching from attacks against the Taliban to service missions, providing wells, bridges and school security. There were constant battles and constant service opportunities. “I got to really know and love the people,” he said.

The violence was visceral. “My interpreter was shot right in front of me. I had Afghan soldiers (who) were killed literally right next to me.”

Taylor also saw children used as human shields, and lost American friends in the fighting. But he had no time to process the horror. Taylor spent eight months on tour, then had five months back in the U.S. for training before going back to Afghanistan. His second tour was even more traumatic. In our interview, Taylor skipped over this period quickly.

After that tour, he had to decide if he should re-enlist.

“When I came home, things slowed down a little bit, and all these experiences came over me . . .  It became very apparent quickly that something was wrong,” he said. “I was having nightmares almost every night. I was angry when I never was before.”

While back in the U.S., Taylor went to the U.S. Department of Veterans Affairs for ruptured discs in his back. There he was given Oxycontin for the physical pain. Taylor remembered how Oxycontin masked the trauma from high school, and began using narcotics to fight his post-traumatic stress. Taylor wanted to re-enlist, but knew he could not. As his friends were dying overseas, Taylor’s anger built.

“I even lost my love and care for the innocent civilians,” he said. But he did not ask for help, thinking, “I’m an elite soldier, a paratrooper, I can deal with this. I don’t need help.”

Without the purpose of being a soldier, Taylor’s dependence on Oxycontin increased rapidly. At the same time, law enforcement was cracking down on prescription drug abuse. Dealers brought in heroin to meet the growing demand. As an unemployed veteran, Taylor embraced the cheaper, more powerful effects of heroin.

This is part one of a two-part series regarding the fall and rise of Chris Taylor from drug addict to civic leader.

From rock bottom to redemption: The Chris Taylor story-part two