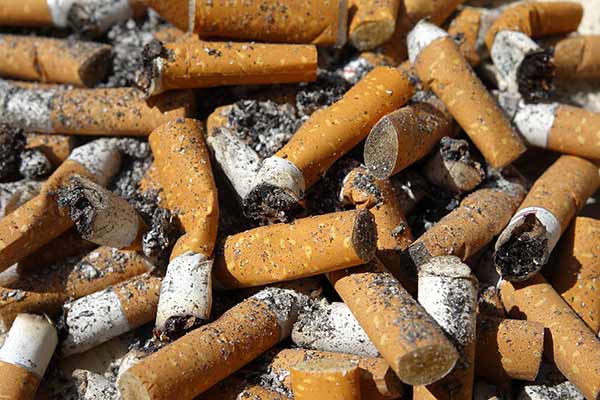 PHOENIX –  The Arizona Department of Health Services announced today that there are now more than 21,000 fewer teens using tobacco, and more than 36,000 fewer teens using vape and e-cigarettes in Arizona, according to results from the Centers for Disease Control and Prevention’s 2017 Youth Risk Behavior Surveillance System Survey.

Data from the survey shows that tobacco use among youth in Arizona decreased from 14.1 percent in 2013 to 7.1 percent in 2017. Arizona youth who use e-cigarettes and vape products fell from 27.5 percent in 2015 to 16.1 percent in 2017. The Youth Risk Behavior Surveillance System Survey is a school-based survey overseen by the Centers for Disease Control and Prevention. It is locally conducted by the Arizona Department of Education every two years. Survey results provide data representative of 9th through 12th grade students enrolled in public and charter schools in Arizona.

“One of our top priorities is to reduce the number of Arizona youth who are using tobacco, e-cigarettes and vape,” said Dr. Cara Christ, director of the Arizona Department of Health Services. “The new data is encouraging because it translates to tens of thousands of kids in our state who are safe from these highly addictive and deadly products. We have focused our efforts in teaching kids about the harmful effects of tobacco and vapes, and we are seeing the positive results.”

The Arizona Department of Health Services supports a youth coalition network called Students Taking A New Direction, also known as STAND, that focuses on tobacco education and prevention among youth. There are 33 coalitions statewide that teach fellow students about the dangers of tobacco and vape and how to protect their communities from the dangers of tobacco, smoking, and vaping. In 2016 STAND was selected by the Centers for Disease Control and Prevention as one of only two national models for youth prevention efforts to be featured in the CDC Best Practices User Guide: Youth Engagement–State and Community Interventions.

Thanks to the work of the STAND coalitions, 11 of Arizona’s 15 counties increased restrictions on tobacco use in public parks, Kingman voted to make smoking tobacco and e-cigarettes in cars with minors a secondary offense, and now Cottonwood and Douglas have raised the minimum age to purchase tobacco and vaping products to 21 years old.

STAND members have earned statewide and national recognition for their work to protect their communities and teach their peers about the dangers associates with smoking and vaping.Over the past several years, two STAND members have earned fellowships from the national TRUTH Initiative campaign, two members were selected by the Campaign for Tobacco-Free Kids campaign to participate in their Youth Advocacy Symposium, and two members were selected to serve on Governor Doug Ducey’s Youth Commission.

“Tobacco is the leading cause of preventable death in the United States, so by helping to stop kids from becoming tobacco users we are improving the health of our state,” Dr. Christ said. “Our goal is to be the heathiest state in the nation with the lowest tobacco rates amount youth and adults. The new data proves that we are taking a major step towards that goal.”

The Arizona Department of Health Services also operates the Arizona Smokers HelpLine, known as the ASHLine, for people who want to quit tobacco and vape. The ASHLine offers individualized coaching and up to four weeks of free nicotine replacement therapy for those who qualify. People interested in quitting can call the ASHLine at 800-55-66-222 or sign up online at ashline.org. Students interested in joining one of the 33 statewide STAND coalitions, go online to standaz.org.