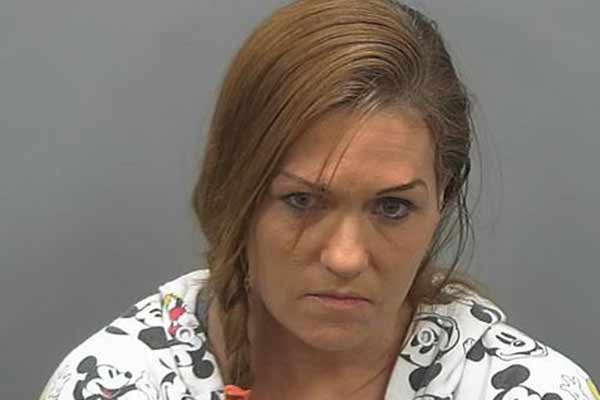 SAFFORD – On Wednesday, Feb. 21st, Safford police officers responded to a call in reference to a woman possibly doing drugs in the Giant restroom on Thatcher Boulevard.  The woman had gotten into a vehicle when police arrived but was asked by the officer to step out of it. She had left her purse in the car and only retrieved her Arizona drivers license that identified her as Kimberly Sexton. She denied doing drugs inside the restroom. However, a records check revealed a felony warrant that was confirmed for Sexton. She was handcuffed and placed in one of the patrol vehicles. She would not give consent to the officer to have her purse searched. The male in the vehicle with her said he was able to drive and was advised that if he was pulled over and there were drugs or paraphernalia in the purse, he could be held accountable for what was in the purse. Sexton was booked into the Graham County Jail.