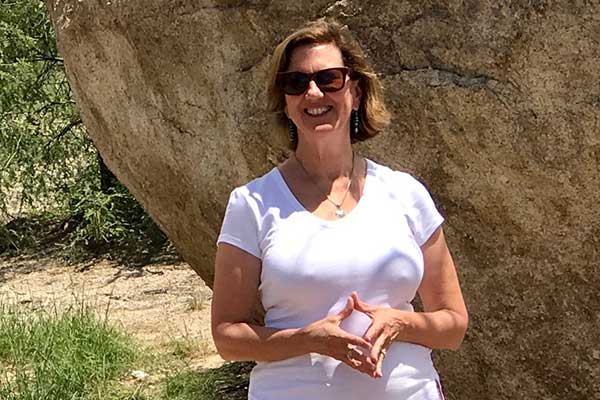 Pastor Mary, felt the call to ordained ministry when she was in the eleventh grade. However, because women were not pastors in the Anabaptist denomination she was a part of, she did not pursue the ministry. After graduating from Messiah College in Mechanicsburg, Pennsylvania, she served as a missionary near Tokyo, Japan where she taught English as a Second Language for two years. She has lived in many places in the United States since then.

It was during a session with her Spiritual Director that Pastor Mary sensed God nudging her to fulfill the call to ordained ministry and consequently received her Masters of Divinity degree from Palmer Seminary near Philadelphia. While in seminary she came to realize that her theology aligned more with the United Methodist Wesleyan Theology. After interning at a large United Methodist church in central Pennsylvania, she became a member of that denomination. She was, and continues to be, drawn to the United Methodist understanding of God’s generous prevenient grace extended to all people. Pastor Mary states that it is this emphasis that guides her ministry.

Pastor Mary’s husband, Ash, accompanies her.  He is a Spiritual Director, and received his Master of Divinity degree in 2006 having served as a United Methodist pastor for 12 years. Prior to entering the ministry, Ash worked for ATK/Orbital as a Rocket Test Engineer in Maryland. Just recently, he resigned from pastoring an American Baptist Church in New York.  Ash’s favorite hobbies are exploring the outdoors, reading, and creating art pieces using items found in nature. Ash says “he is looking forward to rock hounding and seeing what God has for him during this next leg of our journey together”.

Pastor Mary and Ash are grandparents to four boys, two living with their parents in Maryland, and two in Pennsylvania.  An important part of their family is a Goldendoodle named Bella.

All are welcome to worship at Safford 1st United Methodist Church.  Pastor Mary is currently teaching a class on prayer which meets at 6:30pm on Monday nights.  It is not too late to join this class.  Call the church at 928-428-4211 to get more information.